Imagine you were in your home country and in your own house doing nothing that should get you into trouble. However, you have a chance of being killed because there is a war going on around you that you have no control over. Wouldn't you want a place to keep you and your family safe? Also, I would like you to think about how you would feel if people from a safer country decided that they weren't going to let you come to their country because of your religion. How would it make you feel that keeping your family safe is out of your control? That's why we need to let immigrants into our country.

This is a problem that needs to be fixed because we would practically be sentencing innocent people to to path way to death. Also, immigrants can help us once they are here by taking unwanted jobs and improving our economy. As a wise woman once said,"we are stronger together." Finally, letting more people into out country increases our country's diversity, which is always good.

According to www.pbs.org, more than 470,000 people have died in Syria's war. We can't let this kind of thing continue to happen. We need to increase the number of immigrants allowed into our country from 1,000,000 each year to at least 1,300,000. This would bring in more people to safety and reduce the amount of deaths by a lot.

I hope after you've read my letter that the next time you get a chance to change the way the immigration works in our country you think about what you could be doing. Think about each and every family that it might effect and then make your decision. 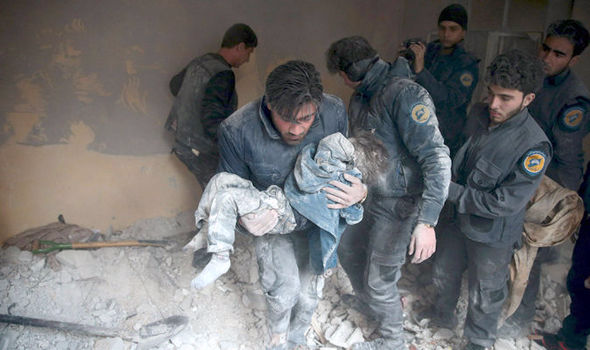 immigration
Published on Oct 23, 2016
Report a problem... When should you flag content? If the user is making personal attacks, using profanity or harassing someone, please flag this content as inappropriate. We encourage different opinions, respectfully presented, as an exercise in free speech.
Saline High School

Colin Kaepernick refusing to stand during the national anthem disrespects all veterans. This is why racial problems need to be solved or America co...

I'm taking a big risk writing this. But ever since I saw the election process it has been haunting me, I couldn't ignore it. How did America become...

This is a letter to the president about police brutality.

Fast food and other employees all across the country have been pushing for minimum wage to be raised, but this change could lead to a price incre...

The need to control the gun usage in America is a vital issue that continues to be ignored.

Gun related deaths and incidents are getting out of hand and need to be stopped, and the main ideas against gun control are heavily flawed.

Immigration in the U.S needs to be Controlled

Immigration has many severe effects that play greatly into each of our daily lives. What risks are you willing to take?

This letter is about the topic of immigration.