You are probably familiar with the battle over the battle of gun control. As a farmer and hunter, firearms influence my everyday life, and this is a subject that is very important to me. Growing up, my mom and dad hunted, and I was used to firearms, and thought not too much of them. After I began to start shooting guns myself, I realized how much fun they where. This began the love for firearms in my life. I saw them as a tool, and like any other tool, If they are used the wrong way, or used carelessly, they can cause serious, and sometimes fatal accidents. This is what causes the "gun violence" scare in the U.S.

You may be wondering why gun violence was in quotations. That's because the gun doesn't do anything violent. It is an inanimate object that cannot act without someone wielding it. The only reason we control the guns is because it is easier to control than people, as a gun cannot fight back, or think for itself. A knife is an inanimate object, and it is easier to obtain and be used to harm somebody, but if used correctly, it can be used to prepare food, or to open containers. But some could argue.

So what I would like to see done, is to provide more services for the drug and alcohol abusers, or those who are having suicidal thoughts. The reason being is that this is the majority of the people committing to the violent use of guns. I would also like to see more awareness for stopping these violent actions. Another step to stopping these mass shootings, or loss of life in general, is to allow citizens with a licence to concealed carry everywhere. No person with his/her right mind will go into a school, or workplace that has people inside, who are armed, and will defend themselves if needed. Lastly I would like to see more enforcement and investigation on illegal gun possession, and I would like to see less gun control in areas where it is not needed, and more, to a reasonable degree, where it is needed.

Thank you very much for letting me borrow some of your valuable time. I hope that this letter influenced you, and that you have a great four years in office! 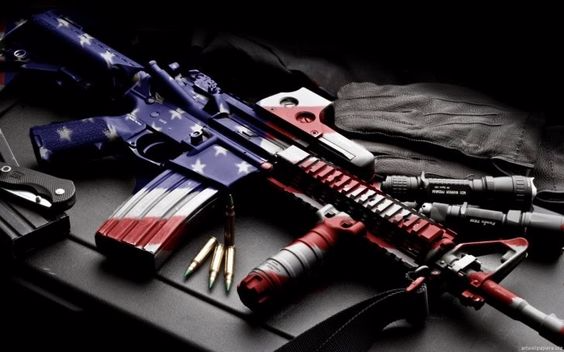 violence 2nd amendment issue gun issues
Published on Oct 23, 2016
Report a problem... When should you flag content? If the user is making personal attacks, using profanity or harassing someone, please flag this content as inappropriate. We encourage different opinions, respectfully presented, as an exercise in free speech.
Saline High School

Our future president needs to focus on our generation, because we will make the biggest difference!!

Cancer needs to be a priority to cure and stop it from killing our human race.

This letter is about homelessness and how we can stop it.

Gender equality is not just for women. How do we fix this stereotype for men as well?

This is about gun control and how some stuff should stop.

Concealed handguns keep many people from getting hurt or killed and without them the world would be a horrific place.

Why we don't need to have more gun control

Short Video to Next President

Orlando, San Bernardino, Newtown, Aurora. These places have become almost synonymous with the mass shootings that took place there. It is estimated...