Dear President of the United States:

Although gender inequality has improved greatly, women are still not held to the same standards as men. In fact, the amount of housework done by women has actually increased within the last decade. In a study from 2003, “Mothers reported doing three times more work than fathers, which averaged 17 hours per week,” however, “fathers reported doing 6 hours, which decreased from 8 hours in 1989,” (Gardner). Furthermore, the gender wage gap and job opportunities are still issues that need to be resolved. “According to statistics offered by Business Week, 57 percent of all new bachelor's degrees and 58 percent of master's degrees are awarded to women,” but, “...men continue to outpace women in completing doctoral and professional degrees (81 women for every 100 men),” (Wendland). Although women do more housework than men do, our society is moving toward equality for both genders.

Women’s rights have definitely improved throughout society by allowing women to occupy roles in society that were previously male dominated, such as the medical and law field. In fact, “A growing number of women, including Dilma Rousseff, president of Brazil, and Angela Merkel, Chancellor of Germany, lead their countries’ governments,” (“Women’s Rights” Gale). However, discrimination is still in our society from our homes to our workplaces. Domestic violence and abuse at home by males has created a negative attitude that has caused organizations and resources to be used to help abused women. In addition, sexual harassment and discrimination at workplaces had also brought stricter policies and practices. Then again, the wage gap could be a result of many women not viewing a high paying salary as their top priority. They allow for a more flexible schedule that allows them to care for their children and spend more time with their family. Despite all these issues, women will continue to work towards equality.

Although men have not been as discriminated as women, they are still not treated the same as their female counterparts. “"Boys are becoming the second sex," proclaimed Business Week last May [2003] in a cover story titled "The New Gender Gap,"(Wendland). Schools have been so accustomed to catering to women’s and young girl’s needs that they neglect and leave boys behind. According to the Business Week, “Boys, they say, are being punished for "boyish" behavior. They are being put more often into special education programs or disciplinary classes, and the outcome is that boys have a negative educational experience,” (Wendland). In addition, men are more harshly discriminated in the judicial system than women. “Jilted actress Claudine Longet, who killed live in-lover Spider Sabitch because he found a new girlfriend, was convicted and sentenced to 30 days, the same sentence a young Wisconsin lad served in 1984 for playing hooky, and a Cheyenne, Wyo., man for violating a local ordinance by fishing with a worm instead of a fly. She served the time at her convenience in a specially redecorated cell....” (Doyle). Despite the fact that women are seen as being discriminated against, men also have to deal with setbacks as well.

In conclusion, our society still needs to address the inequity that the genders face. Although men throughout history have been seen as the dominant gender, as a society, we can work to make sure everyone is treated equally. To combat these issues, the first step would be to acknowledge that gender discrimination is a real issue and it is an issue that requires work to be fixed. Also, we have to show that women don’t choose to be discriminated against. Studies done of many big companies such as Walmart and Home Depot have also showed to be discriminatory. “Statistical analysis shows that Wal-Mart pays female workers less and gives them fewer promotions than men. Although women make up more than 70% of Wal-Mart's hourly workforce, they are less than one-third of its store management. Even in the same job category, pay gaps exist at Wal-Mart, and the salary gap widens over time even for men and women hired into the same jobs at the same time” (Seguino). Similar situations were also reported in Home Depot; statistics reported that 77% of newly hired men were given sales jobs, but only 20% were given to women (Seguino). We need to continue to show that although we are moving towards equality for both genders, we still have a long way to go. 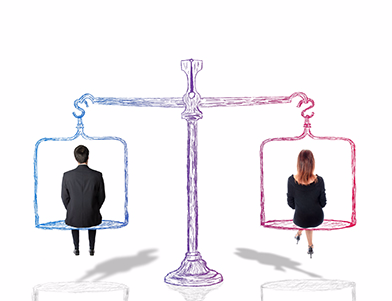 society mens rights discrimination women equality gender inequality
Published on Nov 8, 2016
Report a problem... When should you flag content? If the user is making personal attacks, using profanity or harassing someone, please flag this content as inappropriate. We encourage different opinions, respectfully presented, as an exercise in free speech.
Lower Dauphin High School

Why Illegal immigrants should be tolerated

With around 9-10 million Syrian Refugees displaced from the Syrian Civil War, the United States should take action and accept more refugees.

We should put more laws on guns but still be able to use them for protection.

The concern of obesity is one that touches us all.

Littering is a hurtful thing to mammals in the oceans

This plan illustrates the importance of rebuilding America and preparing it to handle immigration before we allow more immigrants in. In this propo...

A letter by Channela to the next president.

Lets make technology cheaper for everyone who cant afford it.

This letter is written to talk about the problems people of 2016 have on social media and how it is related to Equality.