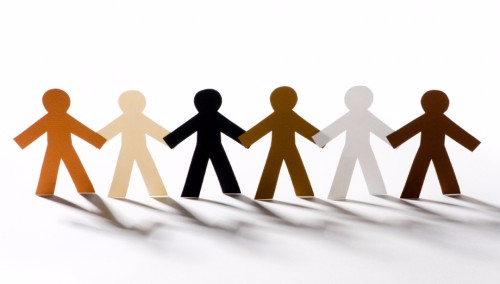 Martin Luther King Jr. once said, “I refuse to accept the view that mankind is so tragically bound to the starless midnight of racism and war that the bright daybreak of peace and brotherhood can never become a reality...I believe that unarmed truth and unconditional love will have the final word.” This message still lives on because black people today are judged by their skin tone, not by their character. Due to recent police shootings, black people have not been taken very seriously because in certain neighborhoods, people have been locking their doors and hiding very expensive items. This is a problem because black Americans can’t live their lives in peace without people judging them. As you move into the White House, please take into consideration the #BlackLivesMatter movement.

To begin with, it is important that you help ease the problem of black people being judged because of their skin color. For example, massive police shooting have happened throughout this year. A couple of months ago, a black man named Donnell Thompson was mistaken as a carjacker, though he wasn’t the actual carjacker. The carjacker hid a few houses down while Thompson slept on a stranger’s yard. He possessed the mental faculties of a much younger man. According to an article in The Washington Post it said, “Thompson died. At almost the same instant, the real carjacker was arrested. On Tuesday, the department admitted it had killed an innocent man.” Although the police feel guilty about this situation, this is a real problem because when police kill innocent men, they do nothing about this. Likewise, you need to take discrimination in your hands. For example, on a Delta flight, a man went unconscious and flight attendants asked for volunteers. Tamika Cross quickly rose from her chair and raised her hand quickly, except the flight attendant said, “Oh no sweetie put your hand down,” instead a white man volunteered. Simply because Ms.Cross is black doesn’t mean she cannot do the same thing as a white citizen. Finally, you should take into consideration black citizens being mistreated. During the Civil Rights Movement, black people were treated very poorly. White people despised them. Many of them were killed during this time and it brought conflict to America. According to an article on History.com, it says “Rosa Park refused to give up her bus seat to a white person. When she was jailed, a black community boycott of the city’s buses began.” During this time, whites were more appreciated than blacks. Blacks and whites each had their own bathrooms, water fountains, and schools. They each had schools but the blacks’ school was not as nice as the whites’. The white Americans had better things than black people and this was unfair. We cannot return to this time.

Once again, future president, please take into matters racial inequality everywhere in the country. This needs to end because in the future this will become a huge problem in America. Black americans have been treated poorly while white people are treated better. Black people are judged just because of their skin tone. I do not want black people to suffer in a world like that. They need to be treated like everyone would want to be treated, except that does not happen. Black people can live a judge free life. Though I am too young to vote, I can help end racial inequality.

racial inequality
Published on Nov 7, 2016
Report a problem... When should you flag content? If the user is making personal attacks, using profanity or harassing someone, please flag this content as inappropriate. We encourage different opinions, respectfully presented, as an exercise in free speech.
Patrick F. Taylor Science & Technology Academy

We, as a country, need to stop discrimination based off of something that people can't choose.

Is the US law enforcement racist?

Empty promises to our veterans

More often than not, our veterans are left to fend for themselves after they return home. We hear about the great benefits after leaving the servic...

People are dying every day just because of the color of their skin. The United States is better than this; it has to stop.