Someone once said, “We were all humans until race disconnected us, religion seperated us, politics divided us, and wealth classified us.” This is an example of an analogy that represents our country’s condition. Today, the citizens of the United States are divided mostly by racial issues; many of the problems that occur today include police brutality, discrimination, and racism. Every day on the news, I observe news stories where police have been brutal and black Americans have experienced discrimination. These issues concern me; I believe these matters need to be addressed and changed. As the next president, I think you should put some effort into establishing a better connection between white and black citizens.

To begin, it is crucial for you to work on mending the bond between white and black Americans because of recent events showing police brutality that have caused many black families to live in fear. In places such as Charlotte, white police have shot black men, even though they posed no threat. Activity like this has put black families in a time of fear. According to the article “Solutions for Improving Race Relations”, “[B]lacks are 250% more likely than whites to feel scared or threatened when stopped by police.” This fact shows that because of past events showing police brutality and the outcomes of these events, black citizens have become scared of all police, even ones who display no physical or mental harm. Our police have the job of earning everyone’s trust in order to protect them; these events need to cease because if half of America’s population is scared of these people, our country will become even more divided. Additionally, it is also important to fix relationships between white and black Americans when you take office because of discrimination between the two groups. Due to stereotypes and other assumptions towards black Americans, black Americans face discrimination. In fact, as stated in “Solutions for Improving Race Relations”, “… 91 percent (of White Americans) acknowledge some, or a lot of discrimination against Blacks.” This statistic shows that some Americans are not respecting others just because of the color of their skin; this too, needs to be changed. Discrimination can cause problems such as conflicts and new wars, which I believe this country does not need. Finally, it is important for you to fix the problems of the connection between white and black Americans because of racism issues. Many of the problems today in places such as Baton Rouge and Minnesota are caused because of racial issues. In “ Solutions for Improving Race Relations”, it is stated that “[a] study found more than half of the total population believes race played a role in the Alton Sterling(Baton Rouge) and Philando Castile(Minneapolis) shootings.” If half the total population can see that racism had a role in these devastating events, then obviously, there needs to be a change. The Civil War was fought for the rights of black citizens over 50 years ago to abolish slavery and as an attempt to end racial issues. Today, instead of acting racist towards each other just because of the color of our skin, we should live together as equals and live in peace.

To reiterate, once you take office, I believe that you should work on instituting a better interdependence among white and black Americans. Our country is divided and that’s not what the United States should be. The citizens of the United States should live in solidarity, not in conflict because of discrimination, police brutality, and other racial issues. Even though I am a middle school student and I am too young to vote, I am not too young to realize you need to address the problem of racial equality. If these harrowing events keep transpiring, it could negatively affect me, along with all the other youth in America. The youth should have a bright future to look forward to; this can happen if you make the correct decision. But if you make the wrong decision and our country remains torn, what will happen to the future of the next generation? The choice is yours and I hope you choose the right one. 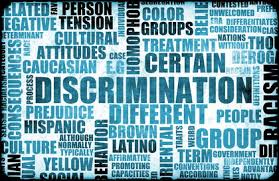 Racial inequality is a huge problem in America, and must be addressed. Why?

Law enforcement personnel are pressured daily as they put their lives on the line to protect the American people. Do we really expect law enforceme...

These prices are beginning to be way too high and should be lowered.

Problems with the Immigration Process

There are so many problems with the U.S. immigration process, perhaps altering it will create less illegal immigrants and allow those in danger to ...

Racial Discrimination is a problem in the US.

People should be treated fairly no matter who they are.

An urgent letter examining the many cracks in the once rigid structure of the criminal justice system.

Racial Injustice is a negative, and unfair thing which can break America if not resolved. If this continues this country will go against everything...