Eminem, a famous rapper, once said, “Honestly, I’d love to be remembered as one of the best ever to pick up a mic, but if I’m doing my part to lessen some racial tension I feel good about what I’m doing.” This quote needs to be acknowledged -as well as many others- and used to help stop racial discrimination in our country. The hashtag #BlackLivesMatter has been created during this year as a way of recognizing the increase of police brutality, poor education for colored people, and horrible jobs that leave African Americans in poverty. As our next president, I believe one of your main focuses while in office should be to help mend the cracks between races.

One of the biggest controversies revolving around racial issues is police brutality. An estimated 38 officers have been shot in 2016 alone as a sign of retaliation from the black community because of unjustified shooting aimed towards colored people. As stated in an article “Fallen officers: 38 shot dead in the line of duty in 2016”, “38 deaths from January 1 through August 26 represent an increase over the number (24) for the same period in 2015, the fund said.” The amount of officers shot has increased ever since more people have started to understand and notice the differences in races. This is important because the way people react and protest to this issue needs to be addressed and controlled. For instance, one matter involving racial inequality (“predominantly black”) comes with economic disadvantages. African Americans are discreetly being deprived of education and good jobs. According to Black voters, too, want a choice, not an echo: the GOP and conservative principles can supply the lack" most black communities receive “( an annual income of $5,885 or less for an individual $12,125 for a family of four.)... Chicago public schools are being closed, leaving parent with few suitable, affordable options.” These few statistics out of very many show the disadvantages of a dark skin color and how many colored people deal with it. There are multiple attempts and periods of times where racial segregation was abolished and stopped. Martin Luther King Jr., Rosa Parks, and many others have made huge changes in the fight for equality. For instance, “Years removed from wars that led to the 1964 Civil Rights Act a newer generation envisioned a post-racial, colorblind society after the election of the first black president. Events since have proved otherwise.”(The state of race relations in America) The Civil Rights Act outlaws discrimination against any race, religion,sex, or origin. Multiple people and acts have taken action to prevent racial discrimination from occurring but instead are being ignored and are slowly fading into history.

Mr./Madame President, I would like you to please consider making an attempt to abolish the uprising racism for me and the rest of America. We may be too young to vote, but we aren’t too young to have opinions about what is going on in our country. When I was about 8 years old, a Cheerios commercial that was supposed to show how “healthy cheerios are for your heart” , but instead, it was criticized for having different races on set (black dad, white mom, and mixed child). Multiple things have been harshly scrutinized because of skin color. Please consider all these disputes going on because of racial differences and make an attempt to stop it. 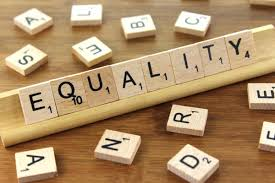 racial equality racial discrimination racial inequality
Published on Nov 7, 2016
Report a problem... When should you flag content? If the user is making personal attacks, using profanity or harassing someone, please flag this content as inappropriate. We encourage different opinions, respectfully presented, as an exercise in free speech.
Patrick F. Taylor Science & Technology Academy

We, as a country, need to stop discrimination based off of something that people can't choose.

Student Loan Debt Bringing Us Down

The debt caused by student loans cause more students to not to go to college which brings our country down and puts us in more debt.

This paper explains why stricter laws and background checks are the solution to violence in America today.

Animal abuse is a terrible occurrence in our country and can be stopped by spreading awareness and through some enforcement.

Law enforcement personnel are pressured daily as they put their lives on the line to protect the American people. Do we really expect law enforceme...

Wisdom is a lot different than smarts

A friend told me that wisdom is a lot different than smarts. I wanted the political party representatives to realize that KNOWING what to do as pot...

I am a sixteen-year-old girl who believes that teachers are giving too much homework that is not benefiting students.

Everyone should be treated equally.