How can this be, when the great people who created this nation: whether it be Thomas Jefferson, Benjamin Franklin, Alexander Hamilton or any of the other 39 people who signed the US Constitution, created this nation with that one document to guarantee freedom to all, regardless of race? The Constitution was made to be a lot more than just a puppet. Sure, it may just be paper and ink, but the true meaning of this paperwork runs deep in every loyal American's soul. It means a lot more to me than just that. The constitution helped me find out what it meant to be able to live in a free nation, why I should take advantage of the opportunity that I had been given by being in America in this day and age, while others were born under dictatorships. It taught me about helping others, and trying to be the best person I could be. When I see what runs on the news in a nation that has been blessed as much as this one, it surprises me every time that I see all the hatred that tarnishes the heart of every American.

"Congress shall make no law respecting an establishment of religion, or prohibiting the free exercise thereof; or abridging the freedom of speech, or of the press; or the right of the people peaceably to assemble, and to petition the government for a redress of grievances." The first amendment of the constitution gave the freedom of religion, freedom of speech and the press, and the freedom to protest peacefully. This amendment is starting to slowly fade away. People are proposing that people be shut out of the "American dream" only because they believe in a different god than them. When I heard of people suggesting that idea, I shrugged it off, disbelievingly. However, the idea started to catch on. Before I knew it, some of the presidential candidates were all for it. And the people were in support of these candidates. How can we let our country go to the dogs like this? Our founding fathers spent months writing and perfecting the constitution, so we wouldn't have to face these problems. 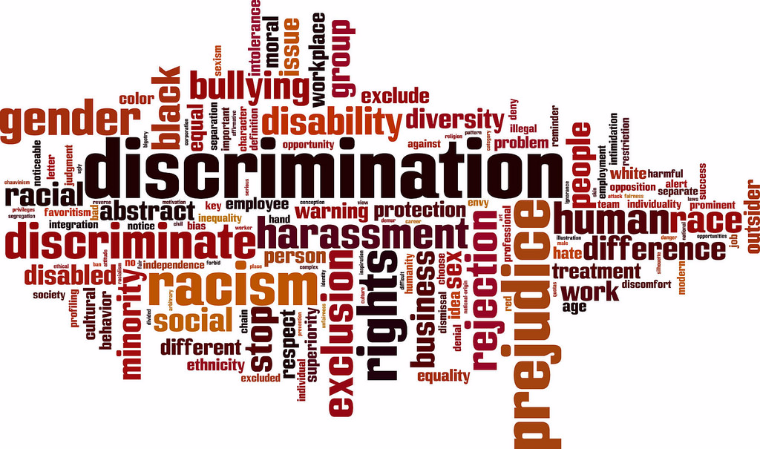 As a Muslim in the United States, I am one facing these problems. People are suggesting that people of my religion be sent out of the United States, because of a radical branch of our religion that most of us are familiarized with. Just like any other religion, Islam is going through its bumps and bruises, and turns and turmoils. Like Christianity, and Judaism, Islam will have to fight through. But that doesn't mean we repeat history and attempt to redo what happened to the Christians in the dark days of Christianity or Jews during the Holocaust, except with Muslims now. We have to make better decisions so we do not fight the same pointless wars, and lose the same innocent lives. We need to stop discriminating against others and accept others for who they really are. Otherwise, America as we know it may disappear into history.

Our country is in dire need. You, Mr. President, are the only person able to help, and make the decision on what happens to America in the next few years, and even beyond that. The choice is yours to make, Mr.President. I hope you make the right decision for the country that I love and cherish as my country, as our country.

The Future of our Generation

How making college more affordable will help our future of our generation.

Issues Outside Of Your Comfort Zone

Some issues in Europe are really serious, so America should focus on them, instead of being selfish.

Why is Racism Still in Our Country?

This needs to stop. No matter our race, we are all the same.

A Country of Immigrants

There are 318.9 million people in the United States of America, 26% of them are immigrants. Immigrants have paved the path for future generations a...

Oceans are being polluted everyday.

My letter to the future president saying what I expect out of him/her.

Racial Discrimination and Immigration are important issues for this country