The National Anthem, a symbol of patriotism so powerful and compelling that at every major sporting or other event it is played and everyone stands in respect for our country and it’s values of freedom and free speech, sometimes.

On August 26th on the San Francisco sideline, quarterback Colin Kaepernick kneels during the national anthem, and says later that he is “...not going to stand up to show pride in a country that oppresses black people and people of color.” Colin Kaepernick decided to protest police brutality, oppression of people of color and for the Black Lives Matter movement, all very real issues that are important to the whole society, including teens. But according to a FOX news correspondent, the flag that he is “not going to stand up to show pride for” is the same flag of the country that people died for his right to chose to sit or stand. Colin Kaepernick should continue to be proactive and protest for his values, the country was built on this notion. It isn’t correct that the person who people of all ages watch, has such a political bias and does it in a provocative way as such. I support Colin Kaepernick’s right to exercise his opinions, but in a more respectful way.

You would assume that if the NFL allowed Kaepernick to kneel during the National Anthem, that they would allow similar political campaigns and protests to come through onto the football field, apparently not. According to the Washington Times, the NFL refused to let the Dallas Cowboys wear an Arm In Arm decal, to support the Dallas police force after five officers tragically died in Dallas. This is contradicting and biased behavior. If they don’t want to “open the political door”, then why do they allow Kaepernick to kneel in the first place, yes they didn’t know he was going to kneel, but in this logic they would have taken disciplinary action against him. But in this treacherous act, they allow one man to protest by kneeling, but don’t allow a tiny patch, on the back of a helmet to show respect and community to the fallen policemen’s families.

Next President whoever it may be, please issue a statement to the NFL that they are infringing the free speech of the teams. The NFL can chose to shut the political door once and for all, and excuse Kaepernick for his actions and offer a sincere apology to the Cowboys. They could also open the door completely and openly, allowing everyone to bring their values and messages to the field, but not allow some and not all through their twisted filter of self-interest and biased judgement. This injustice shall end. 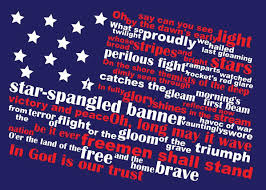 sports football freedom of speech national anthem black lives matter
Published on Nov 15, 2016
Report a problem... When should you flag content? If the user is making personal attacks, using profanity or harassing someone, please flag this content as inappropriate. We encourage different opinions, respectfully presented, as an exercise in free speech.
Baker ELA

This letter is about immigration.

According to the UN, all humans should have the basic right to have access to food, clean water, and shelter. Yet 1 in 9 people lack sufficient acc...

Police brutality has shown that we need to improve racial equality in America.

I believe that people should not be killed, arrested, or hurt because of the color of their skin.

Athletes in America with Disabilities

American athletes with disabilities are not given the same opportunities as the typical athlete gets.

There is terrible police brutality going on today and a lot of discrimination. We need to help make change.