“Pro-Life is “I know what is best for you”. Pro-Choice is “You know what is best for you.”-anonymous. Most people agree with pro-choice or pro-life and that has caused major debates on whether or not abortion should be legal or not. People argue this because some say that it's a woman's right to her own body and the other side says that the fetus is its own person and should have their rights protected.

There are many reasons why abortion should be legal. The most import one is that a woman has her own right to her body. Nobody else should decide what she should do to her body. If her health is at risk or there is a problem with the baby, then it should be put into consideration. The Supreme Court declared that it is a woman's “fundamental right” to do what she wants with her body since 1973 because of the Roe vs. Wade court case. Another thing is that technically the fetus doesn’t really start fully developing until 24 weeks. Yes, the fetus is technically alive, but it's not viable, which means the fetus can’t survive outside of the womb. People that are pro-life argue that it is technically a crime because getting an abortion is killing a human. As long as it is not aware of what is going on and not really developed, it’s technically not viable. It is also safer to get an abortion early on so there are fewer complications. Pro-choice argues that it doesn't matter unless a girl gets pregnant because of rape or incest, or if she can’t support a child in any way, then it might be a considerable option. As long as it's done early enough, then there is no real harm because of the advances in medicine. A fetus can’t feel pain until 26 weeks because the cortex is responsible for pain, and that isn’t developed until then.

The other side of this argument is for people that are pro-life. Some argue and say that when a woman has an abortion she is going against the constitution by taking aways the fetus's right due to the 14th amendment which states no person should be deprived of their life. The other side of this argument states that a fetus is viable after they are born not before. The Roe vs Wade decided this because in the 14th amendment it stated a “person” so they thought an unborn child didn’t apply to that. Also that in the 14th amendment it states ”right to privacy” ,so the court decided whether or not a woman gets an abortion would be considered private.The abortion should also happen in the first trimester because it's safer.

Overall, a woman has the right to do what she wants with her own body and that right is protected under the Constitution. Her family, friends,significant others and the government don’t get to decide what she does with her body. If she wishes to have an abortion due to medical problems with her or the child or due to her age or living situation, then she should have the legal right to do so.

By 1976, after Roe v. Wade Had Legalized Abortion Nationwide, This Number Dropped to Two. [7] The World Health Organization Estimated in 2004 That Unsafe Abortions Cause 68,000 Maternal Deaths Worldwide Each Year, Many of Those in Developing Countries Whe. "Abortion ProCon.org." ProConorg Headlines. N.p., 30 June 2016. Web. 20 Oct. 2016 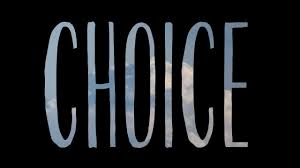 abortion women's rights choice
Published on Oct 28, 2016
Report a problem... When should you flag content? If the user is making personal attacks, using profanity or harassing someone, please flag this content as inappropriate. We encourage different opinions, respectfully presented, as an exercise in free speech.
Okoboji High School

Abortion is a medical procedure that terminates a human pregnancy and results the death of the fetus according to ISideWith.com.

Abortion by the Numbers

Dear Next President: Half of all pregnancies in the U.S. each year are undesired. Three in ten women have had an abortion. Three out of ten childre...

Why abortion should be a personal decision.