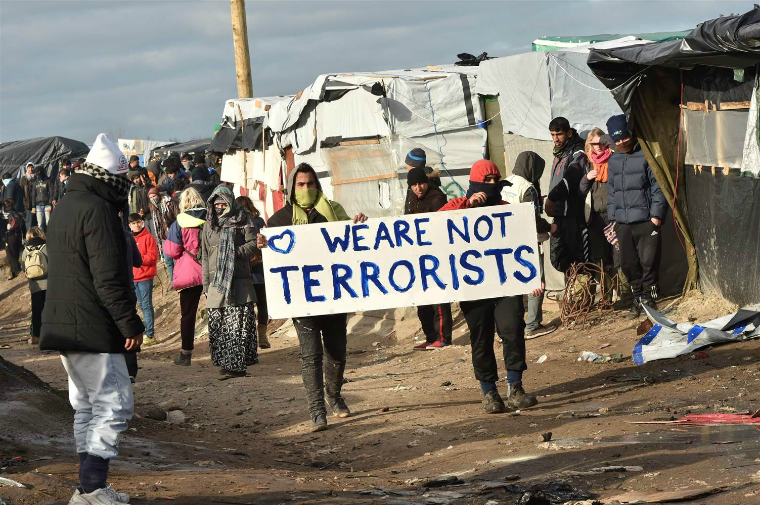 I am a 17-year-old student from the state of California. The subject that I would like to talk to you about, our next president, is the predicament with the Syrian refugees and what I believe you should do to resolve it. Before I delve into this issue, there are a few things I would like to cover. First is the overwhelming presence of fear: I believe we are living in a time of immense fear, where once a month a new attack occurs somewhere around the world, leaving a constant state of panic, in which the entire population, leaves you, the next president, with a very difficult decision. The fact is that what this fear turns into is hate, which is becoming an epidemic. Hate and fear is circulating around the world and permeates throughout our beloved country. And who do people look to for support, you may ask? Well, that’s you, the next president, they all want to see what you are going to do about it. So, in a time of immense hate and fear what can someone even say or do about this troubling dilemma?

First, you need to stop the way we are initially handling these ISIS attacks immediately! We can not let ISIS win every time they carry out an attack which is exactly what we have been doing. For example, after the Paris attacks, we came out with a statement that we should put every Muslim on file, that we shouldn't let in any more refugees from Syria, and that we should kill the families of ISIS members, which is exactly what this terrorist organization wants! They don't kill 130 people and then just stop, it's a way to recruit more members, and it only works if we respond with hate. If we respond to these attacks by punishing our fellow Muslim citizens and making them feel like aliens to their own home by accusing them of being criminals when they haven’t done wrong, how else are they supposed to respond other than being forced to agree with ISIS or developing hatred toward the U.S.? What these actions are doing is fighting fire with fire ,and this has never worked and will continue to never work. I am not saying to let them attack us and to take no action. Frankly, these people need to be defeated and wiped off of the face of the planet. What I am saying is, why bring the battle to our home and make our citizens pay when they have done nothing wrong?

This is where I bring in the topic of Syrian refugees. If we want to stop the spread of ISIS and defeat this battle with not only brute force but with love as well, you need to let in the refugees that need a home. We know where the enemy is located, and if there are people who want to escape the battleground and save the lives of their families, why not let them? Why try fighting with one arm tied behind our back and create enemies in addition? I am not claiming that it will be a simple decision, but it will certainly be a smart one; because if you show love to the Syrian Refugees as we engage in this fight against ISIS, then we will not only gain the support of our country, but that of the world around us, and slowly but surely, the terrorists’ army will grow increasingly smaller and easier to fight.

I hope you take this letter into consideration and I thank you for your time.

media issue islamophobia american issues
Published on Sep 21, 2016
Report a problem... When should you flag content? If the user is making personal attacks, using profanity or harassing someone, please flag this content as inappropriate. We encourage different opinions, respectfully presented, as an exercise in free speech.
San Marino High School

What will become of humanity if gun violence increases to a point where people are afraid of stepping out of their own houses?

The Problem in Plain Sight

Homelessness is becoming a very crucial issue since winter is coming up. How is this issue tackled? What can a person do to help in this situation...

Not your body? Not your choice.

The national debt keeps getting higher and higher, Americans think that their country can't and never will become the next Greece, but never say ne...