Throughout my life I have been exposed to political and social problems within my community. Many have affected me personally and others have not. I am writing this letter to you to explain a long term problem that has been the core issue within economies all around the world, and that problem is racism.

As you are probably aware, racism is an issue that millions of people suffer from on a daily basis. There are many categories to this topic, and all are equally as severe, which was why picking just one was a difficult process. But after much research and critical thinking, it had come to my attention that racism within the lives and eyes of young children was one of the strongest examples of how this issue has been shaping our natural society today.

One example, found from Alternate.com, expressed that black children were more likely to get suspended and/or expelled from school than white children. This conclusion had came about when researching, and finding out that black children, within preschool premises, had only made up around 18 percent of the population. Although this number is a small amount, black children still accounted for nearly half of the in school suspensions. This piece of evidence along with the following, are clear examples of how this massive issue has affected the lives of children across the U.S alone. “A 2015 study reports that black girls made up 90 percent of girls expelled during the 2011-2012 school year, in New York City, while no white girls were suspended at all. In Boston, the numbers were just as bad. Sixty-three percent of the girls expelled that year were black; no white girls were suspended in Beantown that year.” This issue not only affects the personal and self views of children, but it also changes the academic thrive and educational willing for them to do well in school.

Another example of how racism, within the lives of small black children, has become extremely effective in negative ways is the aftermath of their childhood. Growing up, as viewed from Alternate.com, black children were informed about racism that would occur between fellow community members and police officers. “When he went to the rally in Boston with me, he was scared to even look at the police. That I feel a tiny bit of guilty for, but I think he should be scared of the police. I know I am. I'm scared for him! It's a continuous conversation for us, and I let him know that right now the police won't come after him, and that's only because he's 7. It's only a matter of time where he can't protect himself from the police solely because of how he looks. And it's only a matter of time before I can't protect him either.” This type of situational racism is a strong factor that plays into the fear that is adapted within the early lives of these children. Without realizing it, these parents are enforcing racism on their own children to prepare them for what life has to come. It’s actually quite sad to believe that in order for a child to learn how life operates, parents must be the ones to enroll these titles to their children before others do.

With all of this information being introduced, a call to action must be displayed to lead the way into a better future. Simple things, such as creating a diverse community talk group once a week in each community where people are able to voice their opinion, is an easy yet strong way to create a better tomorrow. Doing this will allow citizens from every type of racial background to come together and talk about the issues going on at schools, homes, stores, etc. and ways that they can get fixed. Even simpler things, such as smiling at one another can create a positive vibe from one person to the next. Instead of walking down the street ,staring at a phone screen, and ignoring the citizens that life has given to the community, take the couple seconds it takes to simply say “Hello” or “What a beautiful day”. Doing this will not only spread throughout the community, but it will spread throughout people's minds and turn into thoughts that portray self messages. I do matter. 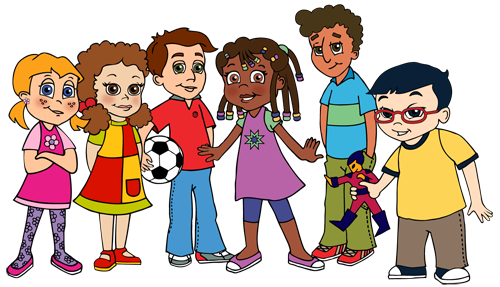 education child racism parents Racism children
Published on Nov 2, 2016
Report a problem... When should you flag content? If the user is making personal attacks, using profanity or harassing someone, please flag this content as inappropriate. We encourage different opinions, respectfully presented, as an exercise in free speech.
Wauwatosa West High School

Black lives should be treated with more respect.

The Debate over Global Warming

The effects of global warming have impacted the Earth and has changed the way we live for years. It is time to take action!

Equal Pay between Men and Women

We need to sit down and have a discussion about B.L.M.

two year ago teenagr michael brown was shot and killed by police officer Darren Wilson, and this situation riddled with lies and misconceptions spa...

In Alaska, schools have a much harder time getting fresh food for lunches.

The United States of America should be a nation that provides everyone the same educational opportunities. America is known as the land of opportun...