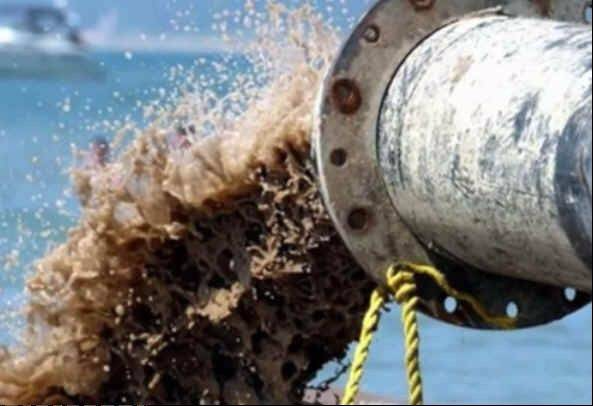 I know for a fact that you know the issues facing our country. Some of them you believe must be addressed first but I can assure you that no issue is more important than the one that has been facing our country for many many years that issue Is the man made pollution of our Great Lakes. We are all affected by this problem but some of us more than others. I hope that you hear my issue and address it as soon as possible.

Twelve years ago I moved to a town near Lake Michigan. I Never saw much of a problem with pollution from us dumping waste at that time since I was only a kid and didn't even know what pollution was or why we would do such a thing, But as the years went on and I learned more about pollution and what we have done to my surrounding area. I learned that the big cities near the lakes use it as a dumping ground for their sewer waste.An estimated 24 billon gallons of untreated sewage is dumped into Lake Michigan allown every year(Kirk). This can destroy entire ecosystems that live in the lakes and contaminate much of the food we eat.The sewage also limits much of the population to beaches (over 50 of which are located by lake Michigan) that are highly contaminated which affects the flow of customers for many businesses near the beaches (Kirk). Many communities are also using the great lakes as a dumping ground for nuclear waste from nuclear power plants. This is devastating these communities and even international communities like those in Canada who share the great lakes with us due to the high levels of radiation found in nuclear waste.. If a nuclear power plant meltdown occurs like they have in fukushima we could be looking at the total loss of our great lakes and the disappearance of healthy drinking water for over 40 million americans. The lakes also provide jobs,recreation,and water for millions americans and also supports more than 3,500 different species of fish and plants (Kirk). Any amount of sewage and nuclear waste to much so policies must be past soon to stop this act of horror.

The issue we have here is one that is completely man made and it's with our poor care of our great lake water. Nuclear power plants and sewage runoffs have contributed to the overall destruction of our great and beautiful lakes. These 14,000 year old great lakes were formed from the melting of the glaciers during the last ice age and have help millions of americans and Canadians drink clean fresh water. The contamination over the years has become clear and it's at this time that we must protect our lakes or they will be unusable and free of diverse life.

There have been a number of causes to the contamination of our lakes from carelessness to just plain laziness. People have ignored the issue in the lakes and caused it to become a dumping ground and a drinking source contaminating ourselves in the process. Nuclear power plants that are built near the lakes are also a huge contributor to the decaying health of of lakes. The radioactive material that helps power our nation is also destroying its most useful commodity the great lakes. With the great lakes making up 84% of the United States and 21% of the world’s freshwater you’d think we’d take better care of it right? Well the idea has just recently sprung up due to the large effects of long term waste collection and it’s about time we start doing something about it.

So it’s up to you Mr or Mrs president will you take the initiative and shutdown the nuclear power plants or force its waste somewhere that’s at less risk? Will you end the risk of a nuclear power plant meltdown and save the great lakes? Will you save 84% of our countries drinkable water? Or will you ignore our lakes plea for help and leave 40 million americans without drinkable water? These choices are all on you as you step into office I can only hope that you do the right thing and save our lakes. This country can’t be great without our great lakes.

environment pollution water pollution great lakes
Published on Nov 5, 2016
Report a problem... When should you flag content? If the user is making personal attacks, using profanity or harassing someone, please flag this content as inappropriate. We encourage different opinions, respectfully presented, as an exercise in free speech.
Wauwatosa West High School

Should parents be sneaking vegetables into their kids foods? Lettuce talk about that.

Oceans are being polluted everyday.

This letter is about ways the President could help solve some problems related to pollution.