My biggest concern with the next president is that you can find a way to make our world a safer place. Too many times I hear about horrible things that don’t make me feel safe. According to the Pew Research Center, terrorism, gun policy, and foreign policy are among the most important issues in the upcoming election. Whether it be shootings within our borders or wars and terrorism abroad, the world today is a dark place.

I feel that the most pressing issue of these is safety within our borders because we see problems every day. I don’t feel that anyone deserves to live in a world where they are scared when they walk down the streets. You need to make a plan in order to cut down on the violence that is plaguing our nation right now.

Shootings may happen more often but the fact that there is someone out there that can press a button and wipe out entire cities is even more frightening. Between North Korea, Iran, Russia and even the US there are too many people that have access, so they say, to Nuclear Weapons. I think that is extremely important that you, along with other world leaders, make a plan to either eradicate weapons of mass destruction or create defense systems where they are no longer effective. 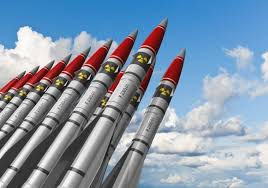 terrorism shootings nuclear weapons safety
Published on Oct 18, 2016
Report a problem... When should you flag content? If the user is making personal attacks, using profanity or harassing someone, please flag this content as inappropriate. We encourage different opinions, respectfully presented, as an exercise in free speech.
Benilde-St. Margaret's School

This is my letter to the Future President of the United States, regarding freedom of religion in public schools.

The Syrian Refugee crisis is a serious humanitarian crisis and the US needs to accept more refugees.

Undocumented immigrants should have an easier time becoming citizens.

The standardized testing system that we currently use is flawed, and should be fixed. This paper covers the problems and solution to this issue.

Lower income students are being educated in schools with poor conditions and it has a terrible effect on their learning.

Due to the terrorist attacks by the Islamic State, the majority of innocent Muslims are discriminated against and stereotyped. They are paying for ...

Our Immigrants, Our Strength

It is important to care for those who do so much for this nation.