These next four years are yours! and we’re counting you. There’s many things you’ll have to address, but I want to focus on one thing and that’s the impact of violence on children. Were you aware children are growing up to be very violent or have other emotional issues, because of the things they’ve seen in previous experience? Also studies show that 3-4 million children between the ages of 3-17 are at risk of exposure to domestic violence each year. Why? I believe this is so, because they are growing up around it. Although my mama have also taught me “It’s not where you live, it’s how you lived” so maybe it’s how these children are being taught.

Children are influenced by violence, especially with violence being in music, tv shows, etc it’s almost as if it’s a trend. With that being said witnessing can mean SEEING actual incidents of physical/and or sexual abuse. It can mean HEARING threats or fighting noises from another room. Children may also OBSERVE the aftermath of physical abuse such as blood, bruises, tears, torn clothing, and broken items.

It is easier for a child to be influenced by violence than it is an adult. When children are exposed to these problems the aftermath ends up being bad behavior, depression, anxiety, and much more. It can also affect the developing of the brain. They also become aggressive and sometimes don’t know the difference between threats or safe environments. Those children who have that impact of violence on them at an early age tend to become violent themselves, even if that means joining gangs, doing/selling drugs, fighting more etc. Some violence may take place behind closed doors, but it also has an impact within society. According to Domestic Violence Hurts Children Even When They Are Not Direct Victims “One in ten children in the U.S. are exposed to domestic violence, and the majority of them are under six years old.1 Witnessing family violence is a traumatic experience: seeing or hearing a family member being threatened or beaten can shatter a young child’s sense of safety and security, with long-term consequences for brain development and emotional well-being.”

I grew up in an environment where violence was present a lot, although it didn’t affect me nor my sister, or brother, I saw the impact on others. I saw that when children had access to toy guns they’ve seen what they are used for and start playing “games” with them and then later grow up and they become a real life issue. Just the other day across the street from my home there were two young boys in the house alone. There was also easy access to a gun as well. Of course being young boys you’re curious and even if mama tells you “don’t touch that” she’s not around at the moment so why listen? The gun was not on safety as well. The children were ages 6 and 9. The 6 year old got a hold of the gun and took two shots at his older brother. One in the neck and also the back. Where did this 6 year old learn this from? How does he know how to use a gun? He had to have seen it from somewhere. Which brings me back to my statement violence can have a major impact on children at an young at disregarding if it is gun violence, physical, mental. A child should not be exposed to that at an early age, because that is what leads to them growing older and being the ones who causing the crimes, and that can lead to a generation of violence being a trend. 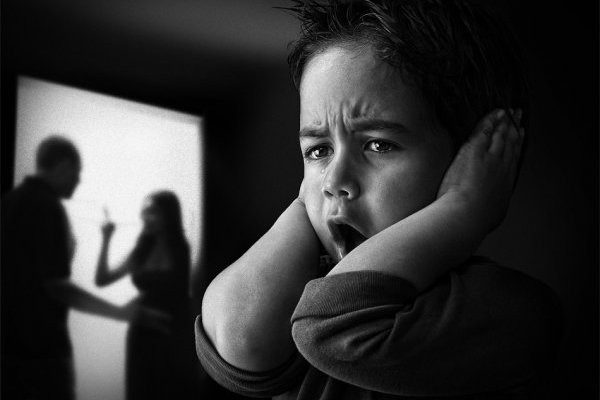 abuse mental illness home child abuse family separation
Published on Nov 4, 2016
Report a problem... When should you flag content? If the user is making personal attacks, using profanity or harassing someone, please flag this content as inappropriate. We encourage different opinions, respectfully presented, as an exercise in free speech.
Wauwatosa West High School

Animals need to be treated the same. Animal Abuse needs to stop NOW!!

Terrorism is a big problem not just in the U.S but around the world and the next president needs to do something about it.

Racism is separating the country, does not support what America is known for, people are at disadvantages because of race, and has caused many viol...

Immigration is a big problem in the U.S today. Even though people are in the US illegally, they should be treated as humans.

Why marijuana should be legalized in the United States

Hidden in the Light

Victims of abuse, whether physically or verbally, need to be heard.