Dear the next President of the United States of America,

I am writing to you today to gain your help to establish a new policy to help eliminate a problem that has swept across the nation. Two years ago, in 2014 I was asked by my neighbor if I would like to participate in a local garbage collection on earth day to pick up trash around the neighborhood and in the community. I gladly accepted and thought to myself how easy it would be and how little trash there would be. About 5 hours later with sweat dripping down my face, sore knees and back and 15 garbage bags, I realized that there was in fact a lot more garbage in my neighborhood than I had previously thought. However, of those 15 garbage bags, only 2 of them contained actual garbage, while the other 13 contained glass, plastic and and papers bottles, along with aluminum cans and many other recyclable items. Another observation that I made was that a lot of these recyclable items that we were picking up, resembled utensils and containers much like those in our school cafeteria and the type of material used by our school. This got me thinking about my high school and if we were in fact recycling these recyclable products. Lo and behold, in the cafeteria the students, including myself would throw these recyclable items such as our paper milk cartons or our plastic utensils directly into the garbage. There are many problems that we as Americans face today and many of them have complex plans to solve the issues, but recycling is really a simple thing to do and it should be required by all public school systems in the United States of America.

There are around 2,000 landfills in the United States, which produce 22 billion plastic bottles each year. There is enough office paper in the landfills to construct a 12-foot-high wall stretching all the way from Los Angeles to Manhattan (progrss.com 1). There are enough paper and plastic cups, forks and spoons to wrap around the equator 300 times. It is 500 Disposable cups are also found in landfills, 500 of them on average for the American worker, cups that will still be there five centuries from now. The problem in America is that too many recyclable items are being left to sit in our environment and landfills. Americans are not taking care of the environment and are therefore adding to the number of landfills and their fullness. Most everyone’s life includes the structured teaching of education in the classroom, however instead of leading students in the right direction, they are setting a bad example.

According to California Recycling.gov, there are only 7 states in the United States in which state regulated schools are required to recycle certain products or have certain containers for recycling within the school and only 9 more states have voluntarily recycled in their public school systems. This means that a mere 16 of the 50 states with recycling programs in the public school system. This is an appalling number that truly shocked me and has undoubtedly added to landfills across the nation. Public school systems are adding to a nation wide problem of there being too much garbage which is polluting our environment or piling up in our landfills.

The causes of there being so many recyclable items in our landfills and in our environment derive from multiple sources. For one, some people are unaware that some items are recyclable and are not knowledgeable on the goods and other products that the buy and the materials in which they of. Secondly, some citizens are merely too lazy to find a recycling container in public, decide not to recycle at home, or just decide to throw their recycling into public because they have no regard for the wellbeing of the world they live in. Although there is a third and most important cause, and this is the lack of recycling requirements by the government in public school systems.

There needs to be a policy that requires public school systems in all 50 states to recycle and have their students recycle. As mentioned previously, the school systems set the example for our students, the future working class and members of society. If we teach them to recycle now and show them the value in recycling and taking care of the environment. These students will be ones who go into the world making one small change to their everyday life, but will make a colossal difference in the grand scheme of things. As President I would like your help to promote and to help adopt and implement this policy. Thank you for taking the time out of your day to consider my thoughts. 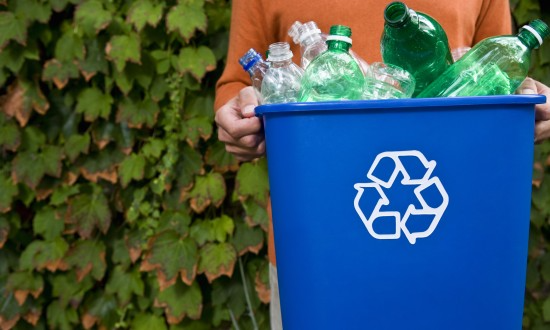 environment waste school recycling
Published on Nov 2, 2016
Report a problem... When should you flag content? If the user is making personal attacks, using profanity or harassing someone, please flag this content as inappropriate. We encourage different opinions, respectfully presented, as an exercise in free speech.
Wauwatosa West High School

Abortion should be Legal

I think abortions should stay legal!

I am going to be talking about gun control.

How should we deal with the growing artificial intelligence.

We need to control the illegal immigrants entering the country.

Depression is a major problem that can happen to anyone. While someone is depressed, they can start thinking about suicide. Everyone should try to ...

The Issues With School

This about the different problems students face regularly in school.