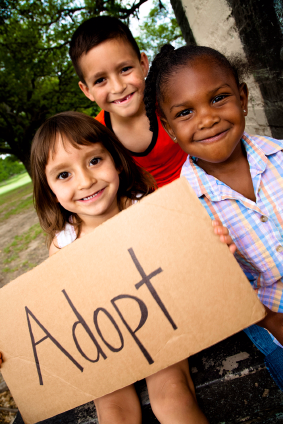 The adoption system is no longer safe or helping children. For example, I read an article and a girl talked about how she was in six different foster homes and all of them but one were physically and sexually abusive. I feel that no child should experience abuse because of their social worker's mistake. When a child is placed in a foster home their social workers should look into the home the children are being placed in. Also, it is a known fact that large percentages of criminals grew up in some type of abusive foster home. There is no doubt that the adoption system needs to be reformed.

A major problem in the foster care system is there are not enough homes to take in children. In los angeles there are only 3,000 foster homes, but more than about five years ago there were twice as many homes. Since there isn't enough space when children go into the care of government courts where do they go? They usually end up in institutions and group homes. The sad thing is that in some of these group homes conditions can be terrible. There is so much overcrowding that children end up sleeping in the adoption agencies office buildings. I feel that if children are going to have to be placed in group homes at least make it a healthy and safe environment. Most social workers even agree that even the best group home is not a match for a real family so something should be done.

Many children are lost. What I mean by that is children who move foster home to foster home more than a few times a year don't even know what a stable family looks like. In an article I read on adoption problems it was said “No good comes from having a child have to learn how to survive on his own”. I completely agree with that statement because no child should have to suffer because their parents chose to abandon them. It's not fair for a child to fail at life and not have a fair chance in this world.

Although, I am not an adopted child or in and out of foster homes but from the information i’ve researched about the adoption system I realized it's not fair. I never had to experience adoption but I do know there needs to be a change. What truly inspired me to do my letter on this topic is A tv show called the Fosters. Throughout the seasons the show had several episodes on how terrible being in the system can be. I know you're probably thinking it's just a stupid show but unfortunately these things do happen in real life. Children do get abused everyday in foster homes without anyone knowing and no one deserves that kind of life. It’s up to you so what are you willing to do about it?

foster care system adoption system problems abuse
Published on Nov 8, 2016
Report a problem... When should you flag content? If the user is making personal attacks, using profanity or harassing someone, please flag this content as inappropriate. We encourage different opinions, respectfully presented, as an exercise in free speech.
Avondale High School

There is a growing concern for the route college tuition is heading, so I decided to ask what the future president will do to resolve this issue.

Rape and human trafficking are major issues in today's world.

The Future of Energy

The future of the United States is dependent on the future of its citizens health and the environment. How Americans get our energy will affect the...

Why and how you should address child abuse.

Rape culture is a huge problem here in america, but the first part of fixing the issue is addressing it.

The foster system has many faults. If done well, it can do a lot of good. But if done poorly or not managed, can be a living hell for all people in...