As the new president, you will have many issues to deal with and many policies to create. One issue that has been the center of a lot of discussion is gun violence. Gun violence has been on the rise in recent years and many people call for more gun control. But what does that really mean, what are people referring to when they mean gun control? It's a hard topic to tackle because there are so many angles you could take. One issue that is ever present in our society is convicted felons acquiring weapons through private sales.

In the US convicted felons are not allowed to own firearms. However they often end up with them. Some of these guns are illegally bought from black market traders, or stolen from stores, but some are bought through a legal process. How is this happening, Private sales. In many states, private firearm sales are unregulated completely. Criminals acquire these weapons and no one knows until it is too late and that gun is used to end a life. 34% of all weapons bought in the US last year were through private sales that did not require background checks (thetrace.org). This is a pretty big flaw in gun laws that are set up to protect citizens.

In many states, private sales of firearms go unnoticed by the government unless it is a specialty weapon such as an automatic rifle. Without regulation on private sales, the gun seller is not responsible for performing a background check. According to Smartgunlaws.org, “the private market has been a leading source for guns used in crimes.” In some cases a seller will perform a background check if the sale seems suspicious. However the background checks available to them are often not accurate and are misleading. So even if the check is performed, the gun could still fall into the hands of criminals or the like.

There is one simple solution to this problem, the regulation of private firearm sales. Hawaii has a policy in place where, in order to make a private sale of a firearm legal, the buyer must obtain a permit by the state. This permit includes a background check. The effects of this policy have not yet been studied due to the difficulty to record the data and the short duration of the policy’s existence. This solution is an excellent way to solve the loophole. Having a person obtain this permit would make sure that Convicted felons and minors acquire firearms as easy as they can now. This policy should be made nationwide and would scratch people’s gun control itch, while keeping citizens safe. 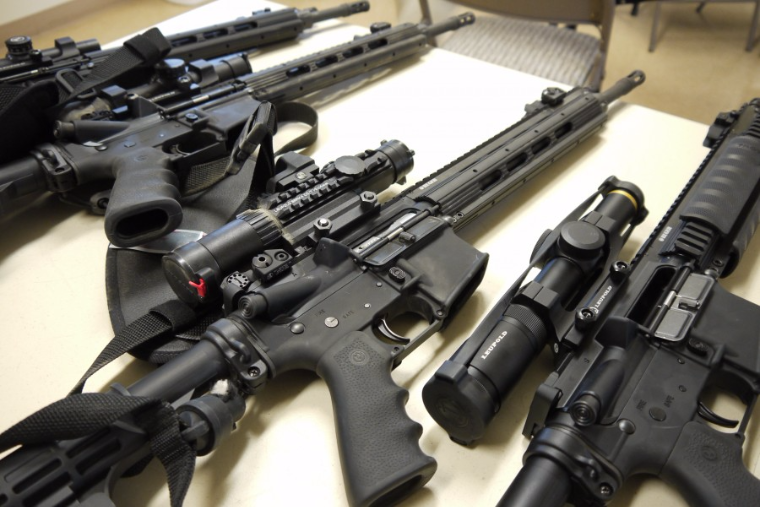 gun issues
Published on Nov 3, 2016
Report a problem... When should you flag content? If the user is making personal attacks, using profanity or harassing someone, please flag this content as inappropriate. We encourage different opinions, respectfully presented, as an exercise in free speech.
Wauwatosa West High School

Should Abortion be Legal?

Many people believe that woman should have the option of abortion because of an unplanned pregnancy or unwanted pregnancy, this is a great debate.

How the the inequality of wealth and income is negatively affecting our economy and our people. #BringBackBernie

Lack of gun safety has changed the world.

What would you do if you saw terrorism going on? We need to stop terrorism now or it well just keep getting worse! We must not wait for them to com...