There have been many Black people killed because of police brutality. One victim was named Wendell Allen. He was a 20-year-old who was shot and killed by police officer, Joshua Colclough. The officer got 4 years in prison. This incident shows that the law is not just; an officer got 4 years in prison and he killed a young and innocent young man. This is like so many other cases that an officer has killed an innocent young man and has either gotten away with it or he has gotten a very short sentence. This is what I want the President to do; the President needs to give the officers a harsher punishment and not just for shooting black people but for all races, to let them know that just because they have a badge and a gun doesn't mean they have to kill everyone.

The reason I think the President should give officers a harsher punishment is because officers think they can get away with whatever because they have the right the enforce the law, but they are enforcing the laws in the wrong way. They think that are more superior than the citizens of the United States. There have been 708 deaths by officers shootings that have been documented. There have been zero police officers reported that have gotten punished for this action (IBTimes). Now if there have been that many shootings and deaths and no one has been punished for this; then how are they going to stop? This is just like a child fighting at school: if no one is punished for it then there will be more and more fights happening.

The reason I say that this is a productive reason is because the harsher their punishment, then the less they would shoot, because, think about it, would you shoot someone if you are going to get life in prison? Of course not: you would think twice before you even pull your gun out. Police officers should know that a life is a life no matter what they do, give them a chance to tell their side of the story. 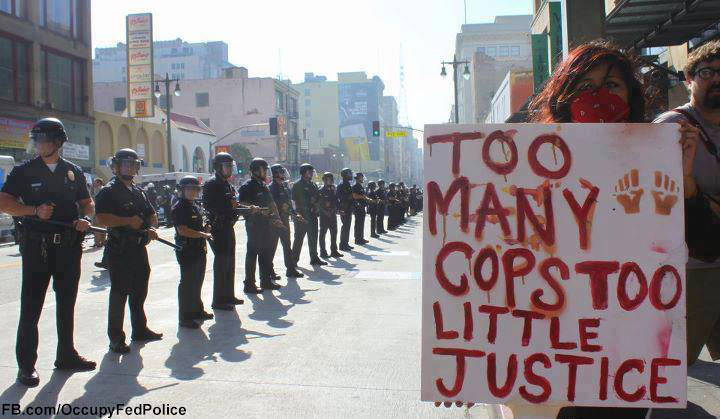 police brutality
Published on Dec 1, 2016
Report a problem... When should you flag content? If the user is making personal attacks, using profanity or harassing someone, please flag this content as inappropriate. We encourage different opinions, respectfully presented, as an exercise in free speech.
Aberdeen High School

The president should make all police departments in the United States make every police officer go through a police academy training program on how...

Why are costs so high for colleges? Everyone isn't able to afford these costs. What should the people do about this situation?

Struggles of a disabled single parent and their child when said child leaves for college.

Lower the cost of college.

I Have a Voice

There are many pros and cons of having police. Not all police shootings are aimed at African Americans.

Police Brutality has been an ongoing problem for years, and its only getting worse.