I am writing to you to express my concerns on gun control in this country. Thousands of American citizens are being killed by guns. As of December 23, 12,942 people have been killed due to gun violence “(thetrace.org)”. Help is most needed in the cities Chicago, LA and New Orleans. I believe that gun control should be the priority of our future president because Chicago’s death toll’s of black people is almost equal to both the wars in Iraq.

I believe that the president's main focus should be protecting citizens lives. Chicago’s death toll is almost equal to both wars in Iraq “(breitbart.com)”. This matters because America should be better than this and not allowing it’s citizens to brutally murder each other. Furthermore, I believe that they’re should be stricter gun laws so that we give our citizens the best chance to be safe. In 2015, 60% of deaths were caused by guns while in Australia it was only 18% and 10% in the UK “(bbc.com)”. This matters because other countries have taken action and are cracking down on gun deaths while America is falling behind. That is why I believe that America needs to crack down on gun laws.

Some people do not agree with me. For example, Ted Cruz, who believes that Americans need to armed now more than ever. He believes we need to use guns to protect ourselves from ISIS and to prevent countries like Iran from obtaining nuclear weapons. He also says that California has one of the strictest gun laws and expanded background checks but it didn’t stop the San Bernardino attack. This matters because a very powerful man is pushing to ease up on gun control laws. This cannot happen and keep our citizens safe.

The president should make some of the gun control laws more strict and have deep and very detailed background checks before someone is allowed to buy a gun. This best connects to the Global Studies Goal 16: Peace and Justice because peace needs to be brought to cities like Chicago, Los Angeles, and New Orleans. Also, justice needs to be brought to people who are accountable to these horrific crimes. This would help the UN because if we can come up with some better ways to control gun violence then the UN could copy our ideas and use it in other countries that need help with the same problem. This should be a priority to the future president because we need to protect our citizens. This picture connects to my topic because it illustrates the amount of Americans that die due to gun violence. 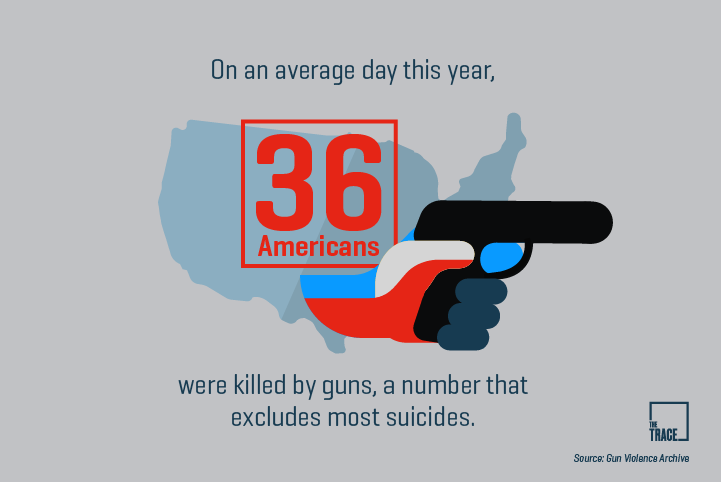 gun deaths gun issues
Published on Nov 21, 2016
Report a problem... When should you flag content? If the user is making personal attacks, using profanity or harassing someone, please flag this content as inappropriate. We encourage different opinions, respectfully presented, as an exercise in free speech.
Chaska Middle School East

This letter is telling the next president why police officers should wear body cams while on duty.

Though gun control seems like a big topic, I see one law changing how a criminal can get guns.

Gun violence has proven to be a pressing issue over the past few years in the United States. The United States should impose stricter gun laws in o...

Gun violence should be stopped before many more innocent lives are lost.

Guns in Our World

All around the world their are guns, guns can be very harmful to many different things. Guns can also provide food and protection. Which one would ...

We could stop Gun violence together.