Changing the way girls see themselves

For years society has put images in girls heads that say who they are supposed to be, how the are supposed to act, and how they are supposed to look. All the pictures in magazines of beautiful women and younger girls make other girls question how they look. Some girls constantly question whether they are pretty enough or skinny enough. I believe this should be one of the main priorities of the future president because girls are capable of so much more than everyone thinks.

It’s not healthy for you to be worried about what everyone else thinks, but it becomes a bigger issue when you start believing those negative things as well. “Welcome to our society. You will be judged on what you wear, what music you listen to, what you look like, how you act, who you hang around with, and practically every other personal trait and imperfection about you, and you’ll be made fun of for who you are. Enjoy your stay" (Cite website). This quote is really deep. This shows you just how we really see ourselves and our society. It’s so bad that we think of our society this way. This leads to problems like anorexia, which is an emotional disorder caused by an obsessive desire to lose weight and to stop eating. This is dangerous and causes people to get very sick if not treated. Girls need to be told that they are perfect no matter how they look. The thought is that if you don’t look a certain way you won’t fit in with society. Then you start to believe you are an outcast. We need to change this thought throughout society.  If a girl is super smart she might get labeled as a nerd. The thing is if you are smart you should be proud not rejected. Some girls in other countries don’t even have the right to go to school. So if a girl is getting good grades and is top of her class we shouldn’t judge because others would love to have that opportunity. If a girl is a little bigger than someone else she might get called fat. This is not ok. A girl should not be judged by her size. Each person is different and everyone has flaws, and those flaws make you who you are. “That’s always seemed so ridiculous to me, that people want to be around someone because they're pretty. It’s like picking your breakfast cereals based on color instead of taste”  (Green, 1). Girls have been led to believe that if they are pretty then they are popular and then more people want to hang around them. Because we are spending too much time worrying about if society will accept us, or being pretty and popular we are not able to show our full potential. Eventually this will come crashing down. We might see more cases of bullying and depression, and maybe even more suicide just because of what society is making girls think about themselves. If you think about it it’s really sick.

Now guys might say that they get judged if they are not muscular enough or athletic. But really, in the end, society could probably care less if a guy is super smart or really athletic. Guys have a huge doorway to walk through, while girls have to walk through a cutout of what society thinks a girl should look like and be. The positive is that the brand Barbie has created a new line of dolls that show the girls in society better, rather than the original blond haired, blue eyed, skinny Barbie. This allows girls to not get an image in their head of what they are supposed to look like. Some of the dolls are tall while others are shorter. Some are bigger and some are smaller. One could be athletic while another doll a student. It really shows the different types of people in our society.

The Global Goal that is targeted here is gender equality. We need to stop judging girls by the way they are and just accept the fact that everyone is different and can’t be how you want them to be. If we fix this issue and accept that everyone is equal whether male or female we might see more females take on jobs that are thought for only men. And we might see men take on jobs that are thought for only women. Because we are truly equal. No matter what society has told us to believe.

This image is showing us that society lets men walk through an open door with lots of options without being judged. While for the women society won't let them in unless they are "perfect". 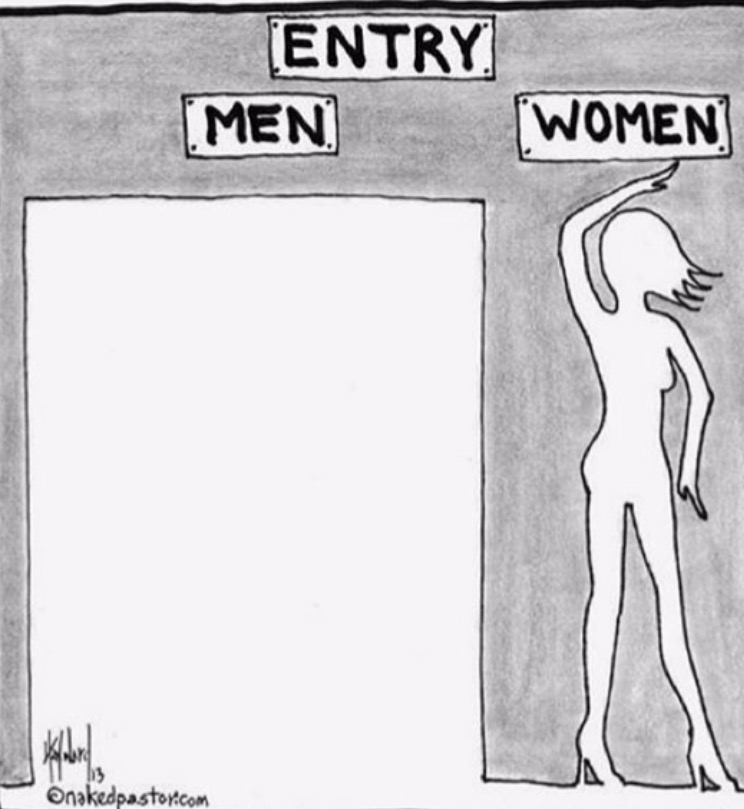 gender equality society insecurity
Published on Nov 23, 2016
Report a problem... When should you flag content? If the user is making personal attacks, using profanity or harassing someone, please flag this content as inappropriate. We encourage different opinions, respectfully presented, as an exercise in free speech.
Chaska Middle School East

I think college should be made more affordable throughout the United States. So many people are in debt and it needs to be dealt with.

Fracking Needs To Be Stopped

Fracking is dangerous to the environment and can cause problems. There are better ways to collect resources.

The real punishment of prison.

There have been many people incarcerated in United States' prisons where there has been abuse, neglect and overall poor conditions. There needs to ...

A Small Change Is Better Than Nothing

The biggest Problem america is facing is Gender equality.

Gender inequality is one of the biggest issues in America, And it needs to be stopped!