Women's rights are rights that promote a position of legal and social equality of women with men. Today there is such a barrier between women and men, even in my school, the gym teachers let the boys go outside and play football while they kept the girls inside and taught them the basics of football, They didn't even think that maybe some of the boys didn't know how to play or if some of the girls knew how to play and just wanted to go outside. “Women still make just 78 cents for every dollar earned by men. Black women earn only 64 cents and Latinas only 54 cents for each dollar earned by white men.”(aclu.org, p1). Women are just as equal as men after it became a right, right? The truth is even after the huge progress for gender equality, women still face discrimination, violence, and just straight up inequality in society. I believe that gender equality, specifically women's rights, should be a priority of our future president because the younger generation should grow up not having to wonder if people will treat them as equal as they should.

I think that women should be treated just as equal as men so that the younger generation doesn't have to worry about being unequal. Violence in work happens a lot more to women than to men, whether it's sexual harassment or physical harm or even verbal harassing. Some 36,500 rapes and sexual assaults occur annually in the workplace. In 80 percent of these incidents, the victim was female. Women who have been physically or sexually abused by their partners are more than twice as likely to have an abortion, almost twice as likely to experience depression, and in some regions, 1.5 times more likely to acquire HIV, as compared to women who have not experienced partner violence(unwomen.org, p1). This matters because women are being abused in work, which is taking away from their work time and it’s affecting their personal life a lot. Women don’t deserve to be sexually, physically, or verbally harassed. Also women being raped is a serious problem and everyone knows it, but doesn’t think much of it and we need to fix that. A woman's chance of being raped in the U.S. is 1 in 5 and the chance of a Native American woman being raped in the U.S. is 1 in 3. And the number on women in the U.S. impregnated against their will each year in the U.S. as a result of rape is 32,000(huffingtonpost.com, p1). This is very important because women get raped way more often than we think and this should not happen this often and it’s just not right. Women get harassed at work a lot and it’s not fair how much women get raped and you can’t argue with the numbers and they are really bad.

I understand that men may feel the same way as women and that they might not be treated as well as they should and they also may get abused or harassed. Men also get harassed and abused and that’s not right either and men should stand up fort that. And people think all men are super tough and that they should be harder on men than women. About 1 in 33 men have experienced attempted or completed rape in their lifetime and 1 of 10 rape victims are men. And men get 63% longer sentences than women for the same crime(realsexism.com, p1) and (rainn.org, p2). Men get overlooked sometimes because everyone thinks they are strong enough to handle anything, including abuse and rape and I think that is wrong. I think that men need to be treated the same as women but I think that we should focus on women first before men because all of this stuff happens way more often to women than to men.

I think that you, the future president, should focus on reducing the number of women being raped and abused a year and make sure that women and men are given equal pay and equal opportunities. This connects to the Gender Equality global goal and it would help women get paid as much as men and have more opportunities which helps the UN get more women that want to help. This is a priority for you because if someone doesn’t take action soon then it’s just going to get worse because people think that it’s okay to do. 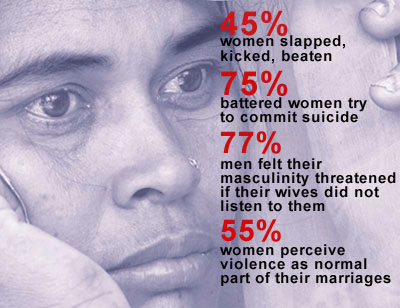 gender equality women's rights
Published on Nov 8, 2016
Report a problem... When should you flag content? If the user is making personal attacks, using profanity or harassing someone, please flag this content as inappropriate. We encourage different opinions, respectfully presented, as an exercise in free speech.
Chaska Middle School East

Children are exposed to a lot of gender stereotyped media, and it negatively influences their views on gender.

Women and men are both U.S. citizens, so shouldn't they be treated equally in job opportunities and wages. Men and women should be payed the same a...

Inequality in the workplace is not an issue of the past. It plagues women all across the country who, just like their male counterparts, deserve t...

Abortion is a bad thing. It's killing a unborn child. On the other hand abortion is also saving a mother's life.

How woman need to get paid the same and how we also need to be treated the same as men.