Poverty is a problem affected all over the world with people of all ages from a little kid trying to survive to an old man barely strong enough to lift a finger. Nearly 1/2 of the world's population, (more than 3 billion people) live on less than $2.50 a day. And more than 1.3 billion live in extreme poverty less than $1.25 a day. 1 billion children worldwide are living in poverty. According to UNICEF, 22,000 children die each day due to poverty. 13 percent of households (15.8 million households) were food insecure. 5 percent of households (6.3 million households) experienced very low food security. Even in 1981 more than 50% of the world population lived in absolute poverty. Thankfully, this is now down to about 14%. People all over the world are in extreme poverty especially El Salvador: 48% percent of the country's households (about 2.4 million people) are poor. Of those poor households, 10 percent (over 500,000 people) are extremely poor. The incidence of poverty is lowest in the San Salvador Metropolitan Area with 24 percent of the country's poor and 14 percent of the extremely poor.

Well, that can’t be much, a little start could have a big impact in the end. We need to Build/Supply more homeless shelters around the world If we could get more homeless shelters, we wouldn’t have to worry about people getting hypothermia or have diseases spreading through the night. “On a single night in January 2014, 578,424 people were experiencing homelessness — meaning they were sleeping outside or in an emergency shelter or transitional housing program. From 2013 to 2014, a period of ongoing recovery from the Great Recession, overall homelessness decreased by 2.3 percent and homelessness decreased among every major subpopulation: unsheltered persons (10 percent), families (2.7 percent), chronically homeless individuals (2.5 percent), and veterans (10.5 percent).” National Alliance to End Homelessness We all live on Earth, and we want to protect our home. We have to protect the people that live there.

I also think we should get more clothing drives started in schools. Sometimes people in poverty, live in places where the weather is coder or it rains. What if it rains? What if it snows? What if these people start to sweat? Only having 1 outift, would not be good because the outift would get dirty and gross after about a week. “For very poor people, clothing is shelter. “In earthquakes, the shake kills people; in a tsunami, the water kills people; but in winter, the cold does not kill people. It’s the lack of proper clothing,” says Gupta. “Why don’t we consider lack of clothing a disaster?”Bornstein. Having a coat in the middle of winter could mean the difference between life and death. Especially, if you are out there all day. If you have a coat that’s to small for you, give it to goodwill or throw it away when you can give it to a local homeless shelter. It could save a life.

I do realize that this could cost a lot of money but I believe that these peoples lives are worth more than money. Plus, the US is already billions of dollars in debt, it’s not like adding a few shelters or donating a little could affect the US that much. It would cost a lot of time and money to end homelessness/poverty. It would take millions of dollars to end homelessness, and according to the government, “Total Federal Government Debt in 2017. At the end of FY 2017 the gross US federal government debt is estimated to be $19.5 trillion, according to the FY18 Federal Budget.” It’s very hard when we already owe, so much money to other places.“It would costabout $20 billion for the government to effectively eliminate homelessness in the United States, a Housing and Urban Development official told the New York Times on Monday” Huffingtonpost matters because although poverty is very bad we can’t have the US go even further in debt. Soon enought, the US will be quadrillion dollars in debt, then we really are in trouble. Is there any way to help the United States with there money problem but still find an end to Poverty?

Future President, if you would consider listening to me and adding homeless shelters or doing more drives then I would appreciate it. I think you should enforce a rule a where they have to help by donating to people that are in Poverty. This relates to Global Goals #1, 2 and 6. It relates to goal #1 because Poverty is goal Number 1. But, it relates to goals #2 and 6 (No Hunger and Clean Water and Sanitation). If we gave people in Poverty a safe place, we could also insure that they can get food and clean water. This could help the UN because people in Africa are where a ton of Poverty is. The UN, protects the people in Poverty (the people that don’t have the resources to protect themselves).

If we could get more of an end to Poverty, we could get the UN to move to more places and protect more people in the world. This should be a responsibility because the sooner we get Poverty solved, the sooner we can use some of the money that is supposed to go to them for other things like the debt from the US. Ending poverty would not only be a help to the United Nations but to the US as well. 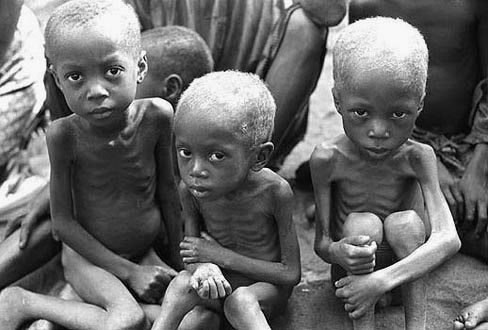 This picture illustrates my point because if we could give these kids some food, so they can grow strong, we can give them a chace at a bright future. Giving these kids, some clothes would give them an oppurtunity to look good at a job interview. If they were to get a job, they finally could think and see a world where they are not relying on others to survive.

Like I said before, a little start could have a big impact.

Poverty
Published on Nov 9, 2016
Report a problem... When should you flag content? If the user is making personal attacks, using profanity or harassing someone, please flag this content as inappropriate. We encourage different opinions, respectfully presented, as an exercise in free speech.
Chaska Middle School East

Bullying is going on in our school systems and it going unnoticed.

I hope that you read my letter and make a difference to the world because we all help each other.