The problem that I have chosen is on middle east migration and how terror attacks have gone up ridiculously high in the last 4-6 years. Many immigrants have been migrating to the U.S. or parts of Europe. As of 2013, “approximately 1.02 million immigrants from the Middle East and North Africa (MENA) region resided in the United States, representing 2.5 percent of the nation’s 41.3 million immigrants” (Cite). This may not seem like a lot of people, but it is. In addition, many of them are coming here illegally which should not be allowed because they are not registered, and then also we have no background information on them. The region where this is happening is in the U.S. 37% of the Syrian refugees we know about are a part of ISIS or believe in what they do (Cite). They are not assimilating to our culture. This can lead they to terror attacks. One even happened in St. Cloud, Minnesota. I believe that we need to put a stop to this by enforcing safe zones and other areas where refugees can stay while they wait to be legally allowed to come into the U.S. because then we can have information on them. Also, by doing this I think we can prevent many terror attacks because we can figure out who could negatively affect our country.

I’m a kid who is 14. As you know I am not allowed to vote yet. I have lived all over the world and experienced all sorts of cultures. One thing I know is that the U.S. is the best country in the world and we need to protect it, Just this summer, I was in Europe and when I was at the top of the Eiffel Tower I realized that there was a large cloud of smoke coming from somewhere. I figured it was just a fire, but later on we drove through Paris and windows were shattered. There was graffiti everywhere and the sidewalks were gone. There had been a horrible riot with guns and bombs. Many police lost their lives and I just witnessed this. I was thinking how I wish I were home because this wouldn’t happen, but when I got back to the hotel I realized there was a terror shootout at a bar in Orlando, FL too. They were saying it was a Syrian refugee. How could we let this happen? We just let somebody have political asylum and then they decide to have a shootout and murder people because we didn’t have background information on them. It could have been prevented.

We can began by putting troops back on the ground to retake the areas where ISIS has taken over. We need to make safe zones where these Immigrants are coming from and make them safe with troops protecting them while they wait to be approved. We also need to make sure that we are letting them in only when we have valid information on them and know they will not be doing anything to hurt our country. Also, we need to keep our country safe on the inside. We have to make sure that they are coming here to work and have the American dream, but not here to do bad things to our country.

This could change History forever. Whichever candidate gets this letter I just hope you would take into account what I have said to do with the safe zones and learning and getting information on everybody who comes to the U.S. Also, we need to be more strict on this. We can't just let these attacks not bother us. We need to do something about it. The Global Goals I have chosen is Peace and Justice and also Partnership for the Goals, I chose Peace and Justice because we need to have peace so that we can stop the attacks. Also, we need to bring whoever makes these attacks to justice. I chose Partnerships for Goals because we need to make partners around the word to come closer to prevent terrorist attacks. This is a priority because some of our greatest monuments in the world could be gone because of attacks. We have the largest percent of terrorism since 2013. We need to lower the percentage of terrorism and act now. 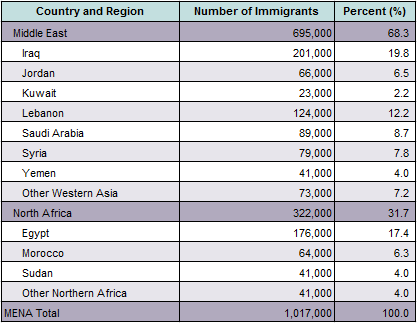 immigration terrorism economy
Published on Nov 21, 2016
Report a problem... When should you flag content? If the user is making personal attacks, using profanity or harassing someone, please flag this content as inappropriate. We encourage different opinions, respectfully presented, as an exercise in free speech.
Chaska Middle School East

Although many people are suffering from the high tuition needed to attend college, we mustn't focus on this fact alone. We need to open our eyes an...

A matter that must be discussed is that of pollution.

Why Planned Parenthood Should Remain Funded

Many conservative politicians wish to defund Planned Parenthood but as a young woman, I think it provides necessary services and should remain fund...

The Fight for Undocumented Immigrants’ Rights.

We should make a stand for undocumented immigrants because they are an important part of our community.

Do you want a job when you're older? Your kids to be safe? A house to raise your family in? With Illegal Immigration some of these things may not b...

Explaining the threat of terrorism in the U.S. and what we can do about it.

Letter To Our Future President

Our nation should not discriminate!