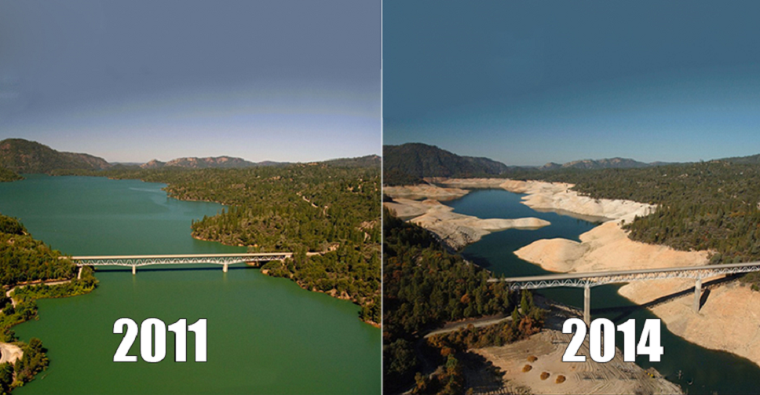 There is now doubt that America is currently facing many pressing issues. However, there is one issue that I think stands out more than the others: climate change. We cannot begin to face the issues that will shape the future of America, if we do not first ensure that there will actually be an America in the future by taking care of our environment.

According to NASA, the acidity of ocean surface waters has risen 30% since the beginning of the Industrial Revolution. The number of record high temperatures has increased and the number of record low temperatures in the U.S. has decreased since the 1950's. The global sea level has risen 17 centimeters within the last century. There is an overwhelming amount of evidence proving that there has been a drastic change in climate, and it is only getting worse.

So why should we care about the climate change? How will it affect our lives in the future? Well, with the severity of weather and natural disasters increasing, more and more people are becoming displaced. With population booming, and cities already suffering from overpopulation, the last thing America needs is a larger surge of immigrants. Overpopulation isn't our only concern. There are already parts of America suffering from a scarcity of water. However, with climate change, this water shortage will only become more aggravated. In addition, the undpredictable weather is ruining our crops because of low rainfall and high temperatures. The devastation of our crops could greatly hurt our struggling economy.

Terrorism. College tuition rising. Gun control. There is so much going on in the world today. America is facing many dire issues, each one calling for undivided attention. But to provide attention to all issues at one end is simply not possible. In order to create a better future for my generation and generations to come, our environment must be taken care of to ensure that there will be a future. We cannot protect our land if we are simultaneously destroying it, because if we continue like that there won't be a land to protect.

climate change issue environment global warming
Published on Nov 7, 2016
Report a problem... When should you flag content? If the user is making personal attacks, using profanity or harassing someone, please flag this content as inappropriate. We encourage different opinions, respectfully presented, as an exercise in free speech.
Nipmuc High School

This is a letter about why and how we should combat climate changes. gases or pollution can kill the Earth. So we need to take care.

All police officers should be wearing body cameras when on patrol.

“The fatal shooting of Keith Lamont Scott by a cop in Charlotte has once again sparked outrage about police officers' treatment of black men when l...

An opinion on how the U.S. should respond to the issue of climate change.