Climate Change can be defined as gradual heating of Earth's surface, oceans and atmosphere (Dictionary.com, 1). Some people deny that climate change and global warming is real, just a figment of one’s imagination. Numerous studies by numerous different sources have a different point of view; they believe that these problems are very much real. For example according to NASA “Global temperatures have increased 1.7 degrees Fahrenheit since 1880” (Shaftel, 1) Additionally nine of the ten warmest years on record have occurred since 2000 (Shaftel, 1). This has impacted the Earth immensely. The arctic minimum ice level is decreasing 13.3 % per decade and in 2012, Arctic summer sea ice shrank to the lowest extent on record (Shaftel, 1). Because of the glaciers and other ice forms melting, along with water expanding, “Global average sea level has risen nearly 7” (178mm) over the past 100 years” (Jackson, 1). Additionally, NASA states that “Sea levels (are) increasing 3.4 mm per year” (Jackson, 1). The global climate change is also affecting the air. The carbon dioxide levels in the air are at their highest in 650,000 years” (Jackson, 1).The Great Barrier Reef is known for its beautiful vibrant corals and exotic fish. However, now the once colorful spectacular reef has turned into 1,400 miles of simply bleached coral. Recent temperature increases and higher ocean acidity levels are killing the coral and making it hard for new corals to grow. I believe that climate change should be the priority for our future President because if we continue to abuse the Earth by releasing immense amounts of greenhouse gasses glaciers will continue to shrink, ice on rivers and lakes will break up earlier, plant and animal ranges have shifted and in the end the planet won’t be able to sustain life.

Climate change impacts the environment in many negative ways; one including the weather.

Climate change is causing weather to be more extreme. This year, California is entering the fourth year of a record-breaking drought; which is creating an extremely arid landscape.(Nicholson, 1) Consequently the amount of agricultural productivity is steadily decreasing and forest fires has been an increasing risk (Billion-Dollar Weather, 1) For California to recover from this drought, it would need between 160 percent and 198 percent of normal rainfall, which has only occurred 3 times in the past 135 years (Liberto, 1). Additionally, a recent study estimates that the fraction of land area in moderate droughts at any one time will increase from 25% at present to 50% by 2090, and the fraction in extreme drought from 3% to 30%. This is crucial to the world as rapidly getting warmer, 1.53 degrees since 1880. The increasing weather is majorly affecting the agriculture productivity, as its extremely hard to grow crops in hot sand. Secondly, most climate scientists agree the main cause of the global warming is human expansion of the "greenhouse effect"; which is the warming that results when the atmosphere traps heat radiating from Earth toward space (Shaftel, 1). Certain gases in the Earth’s atmosphere blocks heat from escaping. According to Laura Tenenbaum of Nasa, “Long-lived gases that remain semi-permanently in the atmosphere and do not respond physically or chemically to changes in temperature are described as "forcing" climate change.” Some of the gases that don’t respond to temperatures are: Water Vapor, Nitrous Oxide, Methane, and Carbon Dioxide. (Tenenbaum, 1) Water Vapor is the most bountiful greenhouse gas and increases in number as the Earth’s atmosphere warm. Carbon dioxide is extremely minor, but is a very important nonetheless. Since CO2 is released through natural processes such as respiration, volcanic eruptions and human activities such as deforestation, land use changes, and burning fossil fuel, the amount of Co2 has increased more than a third since the Industrial Revolution began(Jackson, 1) This is the most important long lived ‘forcing’ of climate change. This is very important as without greenhouse gases, the average temperature of Earth's surface would be about 0 °F (−18 °C ), rather than the present average of 59 °F (15 °C) (EPA,1)Greenhouse gasses emissions, such as carbon dioxide and water vapor and are substantially warming the Earth causing extreme droughts Also greenhouse gasses are one of the main causes of climate change.

Though solving climate change is very important to the global environment, it is extremely expensive. Climate Change Business Journal calculated that the annual cost of the global warming industry is 1.5 trillion dollars .That’s the equivalent of $4 billion a day spent on carbon trading, biofuels, and wind turbines. This extensive amount of money is provided by parts of citizens’ electricity bills, cost of gas, cost of airfare, cost of every product you buy and every service you use (James, 1). All this expense is just to reduce the global temperature – even according the most optimistic scenario – by 0.17 degrees C. (Delingpole, 1) The $1.5 trillion dollars of citizens money is founding a program that isn’t impacting the world’s temperatures by anything sizable. Therefore $1.5 trillion dollars, that could be funding the military, feeding the poor, bestowing education and providing clean water, is being tossed down the drain.

Climate change is a massive problem; coral reefs are dying, areas across the world areas are facing droughts, the sea levels are constantly rising and glaciers continue to melt. President Abdul Kalam says “We should not give up and we should not allow the problem to defeat us” so we will find a solution. As the future president of the United States of America I have confidence in believing that you want to solve climate change and global warming through improving agricultural practices. One way to do this is to balancing the amount of wood taken out with the amount of new trees planted. Every year, 33 million acres of forests are cut down however there is only 1.6 million seedlings planted each in year in the United States (Biello, 1). By cutting down and not replacing more than 31 million acres of trees, the Earth is deprived of 1.2 million pounds of oxygen (Jackson, 1). Though this represents a small portion of human-made greenhouse gas emissions, it is still is something that could be avoided relatively easily.

Though this issue in very important to the United States, it is also vital worldwide; as shown through being apart of United Nations Global Goals. Climate Action Target #1 states, “Strengthen resilience and adaptive capacity to climate-related hazards and natural disasters in all countries”. I believe that this target is extremely connected to my hopes for the future presidents as losing a substantial amount of trees is an severe hazard in the creating of greenhouse gas emissions which is one of the main causes of climate change and global warming. By completing the hopes for the future president it would help the US support the UN’s initiative as the main ambition of Climate Action is to “Take urgent action to combat climate change and its impacts”(United Nations,1). By balancing the amount of trees chopped down to planted, the United States would be taking actions to ‘combat’ greenhouse gasses discharge. This should be a priority for the future president of the United States as climate change is severely impacting our world today and, if we don’t find a solution quickly, for generations to come. 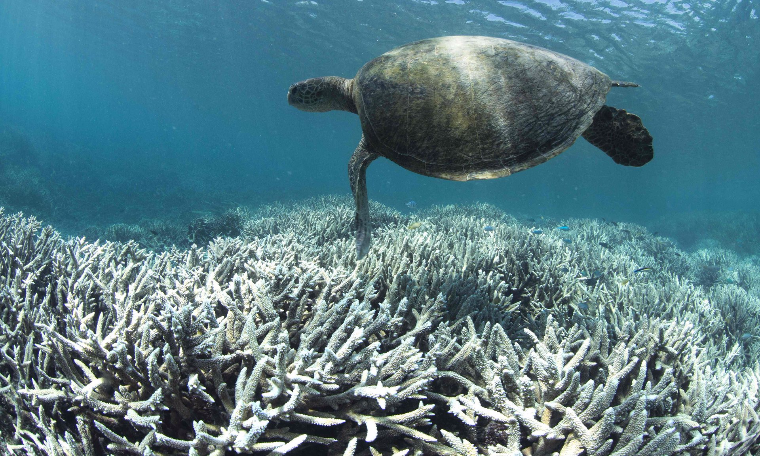 global warming global problem global health climate change
Published on Nov 9, 2016
Report a problem... When should you flag content? If the user is making personal attacks, using profanity or harassing someone, please flag this content as inappropriate. We encourage different opinions, respectfully presented, as an exercise in free speech.
Chaska Middle School East

I hope that these thing racial discrimination, gun control, abortion can all be fixed in the next fue years

This letter is about child abuse. and what needs to be done

Climate Change has become an issue and is causing many effects.

Climate change has caused many problems for our living on planet Earth.