I want to congratulate you on winning the election. It must have been a tough task but I am glad you pulled through. I would like to discuss a topic I feel very deeply about, and I would like you to consider what I have to say.

As humans we tend to look after one another but who takes care of our animals? We tend to forget they have many characteristics like us. They can feel emotions and pain. We have seen and heard many stories about animals being mistreated, locked up, killed or pushed to extinction. In 2013 a documentary called BlackFish was aired. The documentary was about a killer whale placed in a Sea World sanctuary and all the negative effects. Another famous tragedy you might of heard of was the death of Harambe the Gorilla at the Cincinnati Zoo. Harambe was shot in his pen when a child fell in. The gorilla showed no signs of wanting to harm the child. He was simply shot out of fear and out of no reason. There were many other alternatives instead of shooting. For example they could have tranquilized him. Animals should not be kept captive in places like aquariums, zoos, or even the circus.

We need to think of the animals benefit not our own. As a suggestion, I propose we get rid of as much animals in captivity as possible. There are 10,000 zoos worldwide holding about a million different animals. That’s a lot of animals being kept behind bars.

Being realistic, I understand how difficult it will be to close all the exhibits that hold different wildlife. Many people would protest against it and to get jurisdiction over the companies that run the exhibits. Especially when over 600 million people worldwide attend attractions like these. Yes, I know it's not likely for you to just get rid all the zoos, aquariums, and circus overnight, but if we can get a start on it now and work on it overtime,it’ll make a huge difference.

Overall, I hope the issue I brought to you got your attention and you are willing to look into my issue and try to find a solution. Thank you for taking the time and consideration to read my letter. 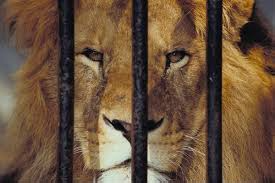 animal abuse
Published on Oct 7, 2016
Report a problem... When should you flag content? If the user is making personal attacks, using profanity or harassing someone, please flag this content as inappropriate. We encourage different opinions, respectfully presented, as an exercise in free speech.
Henry Sibley High School

The Protection Of Children

Child Protection Services should be strictly evaluated, and hire caseworkers that will be serious about their jobs for checking in on children who ...

Something the president can do to prevent Adolescents from getting bullied. Is to tell teachers to communicate more with the kids that have experie...

Why gun control is more logical.

Animal Experimentation should be limited.

We need to have people help save animals from animal abusing.