Gender equality is a serious problem in our world today. Girls of all age and races across the world are affected by gender inequality. "On average, women continue to earn considerably less than men. In 2015, female full-time workers made only 80 cents for every dollar earned by men, a gender wage gap of 20 percent." (iwpr, 1) Considering that women and men do the same work, there is no reason that they should be payed less. I believe that gender equality in the workplace should be the priority of our future president. More specifically, the gender pay gap. We have come so far in our society and in improving equality yet, because of such a simple difference, we are divided and treated unequally.

Make laws for not allowing employers to have a pay gap between their male and female workers. The global goal this is most connected to is goal number five, gender equality. By giving women equal pay, the US would be helping the UN to complete the goal of gender equality. This is important because in order to complete all the goals by 2030, every country that is part of the UN needs to contribute to the goals. This should be one the the top priorities for our president's agenda. It is very important to get equal pay for women. If a woman is doing the same job as her male coworkers and at the same quality, there is no reason that she should be paid less. There are a few contributing factors to the amount of pay one gets but gender should not be one of them. 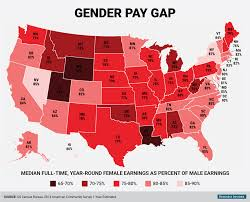 equal pay equal rights gender equality
Published on Nov 9, 2016
Report a problem... When should you flag content? If the user is making personal attacks, using profanity or harassing someone, please flag this content as inappropriate. We encourage different opinions, respectfully presented, as an exercise in free speech.
Chaska Middle School East

Terrorist attacks are still happening in 2016.

Bullying needs to be abolished in schools.

This letter contains causes and solutions to the growing issue of homeless youth in america. This is a serious issue because we are robbing homeles...

This letter is about gender inequality and how it is a probelm and that our future president should fix.

Equal Pay and US Debt

This letter consists of information that involves the gender pay gap and our country's debt.