The pay gap between men and women needs to stop. As I think about my future, I would like to go to college to become something in the field of medicine. On the news or at school, I hear all of these things about the gender pay gap and discrimination against women in the workplace. It makes me nervous to think that I could be working just as hard, or harder, than my male coworkers, but could be paid only 80% of what they are making. Currently in the U.S, according to the Institute for Women’s Policy Research, “...Female full-time workers made only 80 cents for every dollar made by men, a gender wage gap of 20 percent,” (IWPR.org 1). Many people nationwide would be affected by the gender pay gap. According to Women’s National Law Center, “African American women working full time, year round typically make only 63 cents for every dollar paid to their white, non-Hispanic male counterparts. For Latinas, this figure is only 54 cents, for Asian American women it is 85 cents, for Native Hawaiian and Pacific Islander women it is 70 cents, and for Native American women it is 58 cents,” (NWLC.org 1). This shows just how bad the pay gap is that women are being discriminated against based on their race, too. I believe that the gender pay gap should be a priority of our future president because it will affect all hard-working women nationwide in a way that will affect their lives tremendously.

I, personally, think that the gender pay gap should be nonexistent. April 12 is national equal pay day. This day is a very important day for the gender pay gap because, according to money.cnn.com, “It symbolically marks how long into the new year full-time working women need to work until their earnings can catch up to what full-time working men earned the year before,” (Sahadi 1). This matters because it shows just how much the pay gap adds up to for women in a year and also the difference between mens’ pay and womens’ pay per year. In addition to the fact that the small gap adds up, some high-skilled jobs have the worst pay gaps. Contrary to popular belief, the more specialized, for the most part, a woman's job is, the more of a gap there is between men and womens’ pay. According to a recent study by CNN.money.com, “Male ophthalmologists reported earning 36% -- or about $95,000 a year -- more than their female counterparts,” (Sahadi 1). This matters a lot to me and other hardworking young women because we have been informed that doctors make a lot of money, but we have never been told that we might not get nearly as much money as our male coworkers. Therefore, the United States government should make it a priority to annihilate the gender pay gap so that young women can have the same wages as our male coworkers.

Even though most people think that equal rights are a good thing, people still have their reasons for unequal pay. For example, some people think that men work harder than women, ergo they should get paid less. According to Time.com, “...men simply work harder than women: they put in more hours, don’t take as much time off, and don’t leave temporarily to have children,” (Adamczyk, 1). This is important because if people think that men have a right to be payed more, we will not get any closer to gaining equal pay between genders. Therefore, if we do not change people’s minds about women’s pay, we will not get anywhere in closing the pay gap.

I think that the president should work to get rid of or minimize the gender wage gap by promoting equal pay and creating a law that will outlaw the pay gap between ages, gender, and race. This will help the pay gap significantly if the president makes the new law very public and with consequences. This issue relates to Global Goal number five, Gender Equality, because the pay gap is the difference between mens’ and womens’ pay. If the president were to solve this problem in the U.S., it would show that the Global Goals are, in fact, reachable. Also, it would show the U.S’s support for the UN and its goals. This should be a major priority to the president because it affects 50.433% of the U.S. population according to data.worldbank.com. Also, if this doesn’t stop, the pay gap will not go away or change. 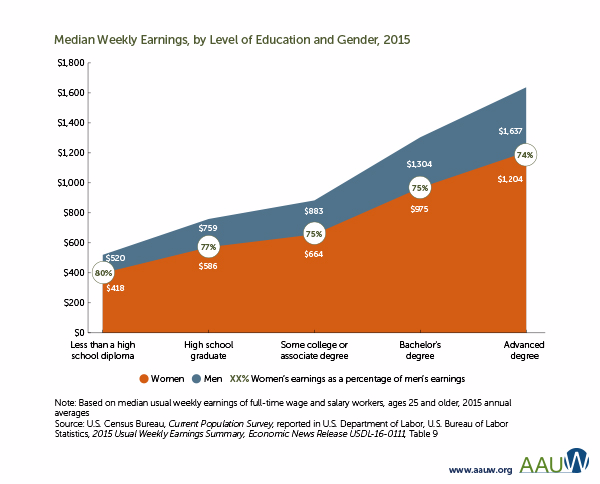 This image shows how people that are equally educated are still discriminated with their pay because of their gender.

The cost of college

The cost of college restricts many, but solving it proves to be a tricky situation

It's time that women around the world are paid just as much as men.

Reasons to Help the Homeless

The pay gap between women and man should be abolished.