I think gun control is one of the most important issues in the US because almost everyone has a gun and they probably are using them illegally. Thousands of people are dying each year because of gun control. Also terrorism is happening. In 2016 there was a massive shooting in Orlando Florida where 50 people died and there were 53 non fatal injuries. The man who did this shooting was an American citizen and he never committed a crime before and after he got the gun legally, he killed 50 people.

Many people are dying each year. In 2013, 32,888 people were killed in the USA. But this happened 3 years ago. In 2015, 40% of the American population knew someone that was involved in murder/homicide/suicide. Also, people that are getting guns legally are selling them to gangs. A few months ago, I saw a social experiment on YouTube, that showed how people are selling guns. After they saw the cameras, they starting shooting at him but he escaped without a scratch.

Another issue that is really important about gun control is terrorism. The USA had a lot of issues with terrorism. Many people have no idea how are they getting all those weapon. Terrorist are getting these weapons on Black Market. They are buying weapons, explosives and everything they need is illegally from other countries or even from other terrorist groups. In Orlando Florida, over 100 students that just graduated from college were part of a massive shooting. 50 people died and 53 were injured. The guy that killed and injured all this people was part of a terrorist group.

The 3rd issue that I want to talk about is the police. The terrorist that killed all these people in Florida was American. The police found out that he was talking with a terrorist group on social media. Imagine if the police knew that before he planned that shooting. I wish they would do that because when I graduate, I will go to a party and I don’t want someone to start shooting and killing people. Also if this problem with gun control will not be solved, they should sell weapons that are not life threatening.

I think many people think that gun control is a global issue, not only in the US. People are selling guns illegally in every country and that’s why millions of people are dying each year. Also, a good part of Middle East is destroyed by terrorism. This will probably stop only if the police will check all this social media accounts plus phone messages or phone calls. 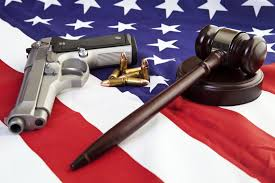 gun issues
Published on Nov 7, 2016
Report a problem... When should you flag content? If the user is making personal attacks, using profanity or harassing someone, please flag this content as inappropriate. We encourage different opinions, respectfully presented, as an exercise in free speech.
Upper Merion Area High School

Everyone should have opportunities to have an education.

I think that Immigration is the best thing and beneficial for this country.

CCD and its effect on us.

Our world today is majorly affected by pollination, yet in the future we could see a decline in bees and the many things that bees pollinate and pr...

Making military servers serve for longer than there supposed to.

How to fix Gun Issues in the U.S.

I am writing to the future president of the United State about my problems and thoughts on the issue of gun control.

Why everybody should have gun

Everyone should have a gun, for self defense purposes only. The only way this would happen if background checks are longer and more sophisticated.