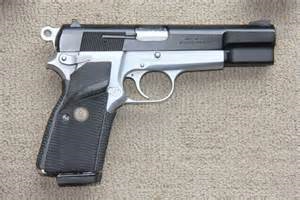 I would like to congratulate you on your election. I’ve written this letter to express the importance of gun control. I know that there are lots of situations that you face as president, however I feel gun control is the most important. There have been a lot of gun related homicides recently. I also feel that whoever is elected should take precaution to help prevent these gun related homicides.

My second reason is, over 117,000 people in the U.S. get shot every year! That is a lot of people. If you enforced our gun laws, it would save a lot of families from having to suffer a loved one being shot and killed. Also, it would increase America's population while also dropping the number of gun related homicides. This why I feel you should enforce our gun laws while keeping the 2nd amendment.

Now you know my three reasons why you should enforce our gun laws better. Congratulations, again, on being elected. Have a great time in the oval office!

2nd amendment gun issues
Published on Oct 27, 2016
Report a problem... When should you flag content? If the user is making personal attacks, using profanity or harassing someone, please flag this content as inappropriate. We encourage different opinions, respectfully presented, as an exercise in free speech.
NoeMiddle6Pacesetters

What the president should be doing to schools.

Marriage Equality is a bit of a touchy subject, but is it really a bad thing?

College fees are a main reason that many people don't have a full education. The economy and jobs could be even better if more people were able to ...

I want stronger gun restrictions and laws than the ones we have now.

This article is about gun violence and this article should tell the next president why this should be taken in consideration.