Since the birth of our great country, lots of progress has been made socially, economically, and culturally. We have created democracy, abolished slavery, and expanded the rights of all of our citizens. Ever since the late 1800’s women fought for the right to vote and have their voices heard. Before crucial legislation was passed during the Progressive era, women didn’t have the right to vote, divorce, or own property in some states. They finally gained these rights in 1919. It wouldn’t be until the 40’s that they gained more social rights and independence after working in the factories during World War II. After the famous Roe v. Wade case, women gained the right of control over their bodies and birth control. Ever since, women have been making progress to become equal to men socially, economically, and culturally. However, this task is impeded by the archaic and infamous gender wage gap. Once this is eliminated, we can be a step closer to becoming equal.

According to an online report conducted by Gould and Schieder, women are paid about 79 cents to every dollar a man is paid, almost a 20% difference. This figure has improved from the 60% difference in the 1970’s, but obviously there’s still work to do. Scientists project that wage equality will be achieved 2152 if the same stalled rate of change that started in 2001 continues. Yes, the wage gap has significantly decreased over the course of history when women first entered the workforce, but it still isn’t equal. This inequality has many sources. First, it doesn’t matter what job you are looking at, there is always discrimination regarding wages, no matter the level of education required states Gould and Schieder: “women earn less per hour at every education level, on average. Men with a college degree make more per hour than women with an advanced degree. Likewise, men with a high school degree make more per hour than women who attended college but did not graduate. Even straight out of college, women make $4 less per hour than men—a gap that has grown since 2000.” It doesn’t matter if you work at a fast food chain, or for a Fortune 500 company according to Kroeger, Cooke, and Gould, “women in the top 95th percentile of the wage distribution experience a much larger gender pay gap than lower-paid women”. These differences can be explained by the hours employees work and their hourly wage. Men are more likely to work more hours, and more off-hours than women, because women are pressured to be held responsible or put into the role of taking care of the children and home by society and cultural expectations. Companies reward those who work more hours. Even though the quality and amount of work may be the same, because men may work a few more hours than women, women get a lesser hourly wage. This inequality is backwards and unjust: not just a statistical anomaly that many try to make it out to be.

For years, women have been told to work hard to achieve equality and success. Often women have to make sacrifices. Demanding, high-paying jobs are given up to have children or fulfill the domestic roles society thrusts upon women. Gender bias can play a role in hiring, and there is still stigma about “feminine” or “female” jobs that girls from an early age feel pressured into. This vicious cycle cannot continue. You, Future President, must do something to change this. That something is regulating equal pay. I am not a politician, I don’t know much about politics and the intricate workings of our governmental system. However, it seems logical and feasible that you could propose legislation mandating companies to give equal wages for women, and give them equal opportunities for hours. If no legislation can be passed, or in addition to the aforementioned legislation, you could talk to the nation. Change the stigmas. Use your influence to make sure that everyone, from young children to adults, knows that they are equal. Women don’t have to be domestic caretakers. You could make it easier for women to have children by extending the regulations on maternity leave, and giving them a stipend to live off of. Make the workplace a more accepting environment to women and motherhood. Employers shouldn’t be adding stress to an already exhausted new mother who has to leave her baby just to work at a lesser wage than her male colleague. Don’t make women choose between their family and their job; it is just not right. The consequences of not changing this aspect of society and our capitalistic economy is severe. Our young girls will grow up being taught that they are inferior, less important, and less represented than men. Generations will have to suffer because of political inaction. Would you want to have this practice continued during your term? Would you want to be the one who perpetuated it, or the leader who eliminated the gender wage gap? There are so many ways to introduce change, and we’ve come so far already. All we need to do is follow it through; we are almost there! With your help, equality can be achieved. 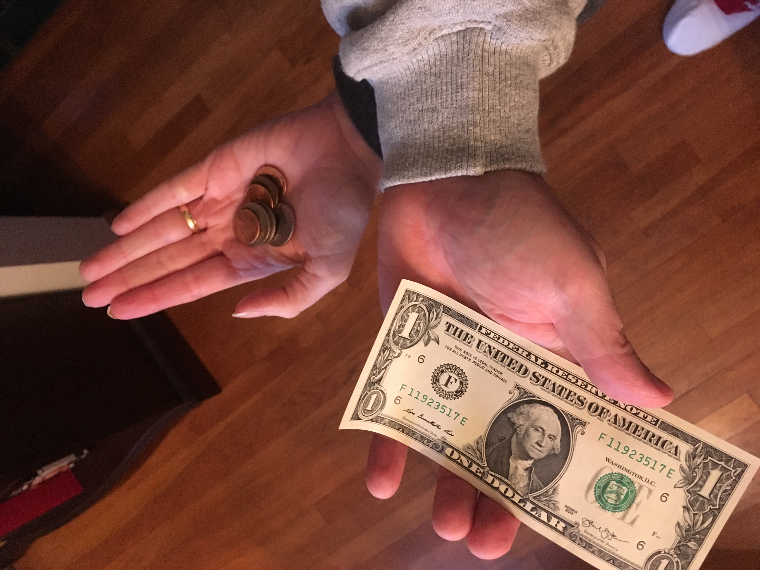 Sexism government money business equality
Published on Nov 8, 2016
Report a problem... When should you flag content? If the user is making personal attacks, using profanity or harassing someone, please flag this content as inappropriate. We encourage different opinions, respectfully presented, as an exercise in free speech.
Lewis S. Mills High School

With lower tuition it could take burdens off the already busy life of college students.

Civilians in the Syrian war are seeking refuge. Should America allow Syrian refugees into our countries?

Standardized is worse than useless, it's projecting false information and destroying hundreds of thousands of lives.

Education throughout America needs to be changed drastically. There are many students with disadvantages in education, and they can't grow up, go t...

Why We Should Give Women Equal Rights in the USA

Women need to be given equal rights and pay in America.