Currently, NASA receives slightly under half a cent for every dollar paid in taxes. The last time they got even 1% of the United States budget was 1993. Europa is one of Jupiter's moons. It has a subsurface ocean and is a very good place to start looking for life outside of our planet. In the 2017 budget proposal, the Europa mission is cut from $175 million dollars to just $49 million - a 72% cut. It would take a budgeting miracle for the mission to stay remotely on schedule for launch, and the launch vehicle has to change from SLS (Space Launch System) to a less powerful and thus slower EELV, which would add a year to travel time. SLS itself is reduced $700 million dollars, a 35% loss. Orion, a spacecraft NASA intends to sent astronauts to asteroids or even Mars with, is cut $150 million dollars. Keep in mind that even before these cuts, NASA has been running on a very small budget. At this rate, there will probably be a point at which NASA can no longer accomplish anything: not because they're useless, but because they simply have no money.

NASA is, understandably, an important part of space research. The Kepler mission has discovered hundreds of planets, many of which are smaller than Neptune, only four times as large as Earth. They have discovered more systems with multiple, smaller planets all orbiting on a flat plane, much like our own solar system. Of 715 planets, four were less than 2.5 times the size of Earth and in their star's habitable zone. Assuming that those planets are rocky as smaller planets are, there is an admittedly incredibly slim chance, but a chance nonetheless that they could have life. Speaking of life, Mars probably doesn't have living organisms now, but ancient Mars could have. Ancient Mars likely had "an ocean occupying almost half of Mars’ northern hemisphere, in some regions reaching depths greater than a mile (1.6 kilometers)" (NASA) Water is considered a necessity of life, considering that it is necessary for all life on Earth and life on Earth is unfortunately the only example of life that we have. Discovering life on another planet would greatly expand our knowledge of life in general. NASA is also important in the research of dark matter and dark energy. Without dark matter, Einstein's laws of gravity would be completely wrong. Without dark matter or different laws about gravity, the stars at the edge of the galaxy are moving quickly enough that they should pull free of the galaxy's gravity and fly away into space. On the other hand, the stars towards the center of the galaxy are moving much slower than we would expect them to.

If NASA were gone, even if private companies started space travel, we would fall dramatically behind in scientific research. Learning about the universe might be very important, but it's not particularly profitable. NASA is necessary because they do so much research and learn so much about the universe.

You could argue that NASA is not important because it's not a large part of most people's lives. However, the impact NASA has had on people's daily lives is undeniable. Memory foam was created, not by a mattress company as I had thought, but by NASA scientists who wanted more comfortable seating for their pilots. Anything that requires a satellite, such as cell service, GPS, and somewhat accurate weather predictions, are all brought to you by NASA. They may be researching space, but the science for that still affects Earth. Different sciences are not mutually exclusive. If you asked a scientist to give you a faster way to cook food in the 1940s, they would have given you a more energy efficient oven. They could not have given you a microwave because they would't have even been in the right branch of science to figure out radiation. The cross pollination of sciences is important because no one branch of science can advance very far on its own. Don't forget that NASA provides jobs as well as scientific advancements. The retiring of the shuttle cut an estimated 4,600 jobs. If NASA gets more funding, they will need more people working for them to manage all of their projects. NASA doesn't just shoot money into space. They give back to the economy by providing jobs and buying materials for rovers and space shuttles and satellites.

Without NASA, the world would be a very different and probably worse place. Incidental scientific advancements on their own would not be enough reason to fund something, but NASA has proved time and again that they not only achieve major scientific advancements and contribute to our daily lives, but they do so on a regular basis. They have done a lot since they were founded, and I doubt that they would start wasting money now. I propose that NASA's budget be increased to even a penny for every dollar of taxes. If NASA can get as much as they have done on such a small budget, imagine what they could do if they got as much funding as they really need. 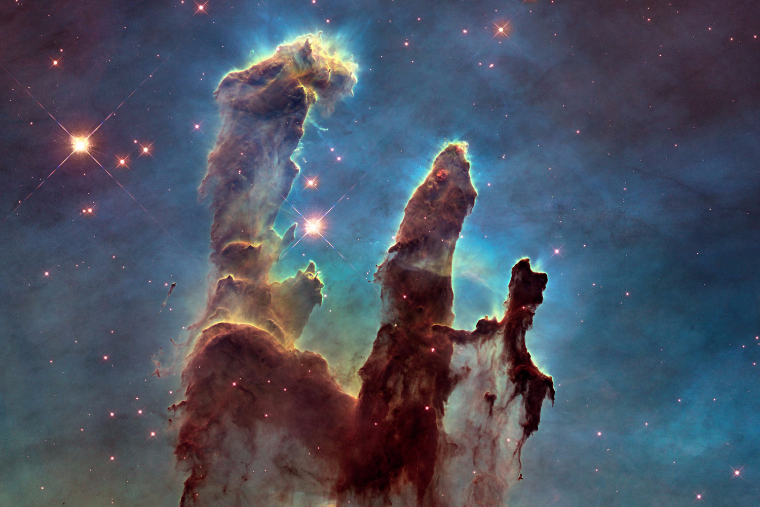 nasa budget cuts space
Published on Nov 8, 2016
Report a problem... When should you flag content? If the user is making personal attacks, using profanity or harassing someone, please flag this content as inappropriate. We encourage different opinions, respectfully presented, as an exercise in free speech.
West Seattle High School

Animal Abuse Should be Stopped

Dear Mr./Ms. President, I hope you read my letter and make a few changes on school budget cuts.

The Economic Crisis has spiraled way out of control, we are currently $19 trillion in debt....how long until it's too late to stop it? Is it alread...

NASA may have a lot of funding. However, missions take a very long time to even start working on.

NASA's Budget cuts are a problem and this needs to be fixed.

Allowing the military into space could mean certain doom for many.

NASA has been consistently underfunded in the last decade. We need to work together to generate enthusiasm for space travel again.