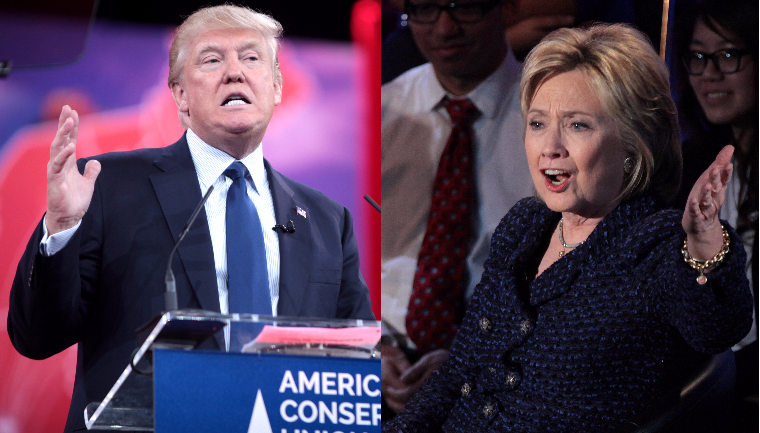 The debates this year have brought laughs, frustration, arguments, and most of all, entertainment. Over the course of many years and presidents, especially this year, presidential debates have become more off topic, so time should be deducted in order to stop candidates from babbling off-topic. Off-topic is defined as the following: not talking about something directly related to the question. All though they already have a limited amount of time per question, additional time should be taken away from each new time set. This plan does not take away freedom of speech, because it allows you to say whatever, as long as you find a way to tie it back to your original given question. Voters of this beautiful nation learn little about the candidates’ plans of action due to their lack of ability to directly answer the question given to them. Instead they favor to spit out ill-favored words for no apparent reason at the opposing candidates. This makes for a lot of fun but a pointless waste of everyone's time in these non-civilized debates.

Presidential candidates drag a direct question away from where it begins with a simple “well” at the beginning of their answer. This allows them to steer the question to whichever way the candidate wishes. Driving the bickering elsewhere other than on track has been very popular in the past year’s debate. Using words/phrases as bare as “first of all” and slithering into stories non-related to the people’s questions about what they plan to do when this blessed country is passed onto their hands. Allowing candidates to talk about unnecessary things has not permitted the people to understand what the candidate has pictured for the future of the United states. A plan is what could determine the destination of the United States’ greatness, in front or behind the other nations. If we were to deduct some time, about 25% of their question time, then going off-topic is discouraged and when it does occurs, it is punished. If the candidate refuses to stop rambling about something different than the question, then instead of eliminating all of the time the people get to listen to their next president, the moderator can just turn off the mike until the candidate stops talking, asks them to stay on track, and turn it back on. Moderators should try to stop candidates from talking too much off-topic, and giving them the power to turn off the mike will be a more effective way to get the candidates focused. I feel as if one of these solutions are some of the best out there, considering how much work candidates go through to go off topic, and how hard it would be to stop them from doing such things in the future.

In the previous election, some of the candidates pinched their fingers together, as a way of pinpointing a plan they prepared on proposing. This year, possible position holders wave their hands in the air, making him or herself physically bigger. In the article "What Language Experts Find So Strange About Donald Trump" By Emily Atkin, the moments in the presidential debate are demonstrated. "most frequent hand gestures used — a big, open-palm, double-hand motion downward" (Atkin).   They also physically move all over the place which is analogous to their less than focused plan for the problem addressed in a question. All voters, about 50% of the U.S. population, are affected by everything other than the topic and plan of action. It is important for the people of the United States to understand what presidents are doing to grab your attention. It is true that there is not much legal action we can do to address it. However, just the knowledge alone of how presidential candidates act can help the people understand the movements and perhaps stop what language they are using. It wastes voters time to listen and try to vote for someone who doesn’t provide direct answers. The people only know the candidate’s ability to fight, not the ability for compassion, which is important in addressing devastating situations and addressing broken people. A fighting spirit is needed when we need someone to stay strong and lead us to victory, but compassion and love is just as important and is not displayed in the displeasing but entertaining debates.

I only want the best for this nation, and I truly believe that deducting a certain amount of time during a debate would be the most effective way to stop candidates from going off-topic. The moderators are trying their best to stay on-track, using tools like asking the candidate to stop talking, but little has worked. Cutting time and/or the mike may stop the problem. This country deserves more than entertainment and a disappointing debate, it needs a leader. I hope you will be a leader, and help solve this issue.

presidential qualities united states of america
Published on Oct 24, 2016
Report a problem... When should you flag content? If the user is making personal attacks, using profanity or harassing someone, please flag this content as inappropriate. We encourage different opinions, respectfully presented, as an exercise in free speech.
West Seattle High School

Dear Presidential Candidate, I feel that individuality will be taken away from the people. They will not be themselves anymore. And what I meant ...

College tuition prices are rising uncontrollably and becoming a big issue in the United States.

What resources are available once veterans come home?

MY thoughts on U.S Military Bases

The unnecessary bases around the world.