Mankind is divided into rich and poor, into property owners and exploited; and to abstract oneself from this fundamental division; and from the antagonism between poor and rich means abstracting oneself from fundamental facts.-Joseph Stalin.I am writing this letter because the quotes you just read is very representative of America.I’m going to tell you to focus on a problem, how to fix that problem, and that problem is income inequality in America. America needs to stop taxing the life out of the poor. How about we distribute taxes equally and fairly like a fair capitalist society. The American society is becoming a society where the rich get richer and the poor get poorer and that isn't the American way. America is supposed to be the land of equal chances for everyone not just the rich and if that's the America you want then what you want isn't America or the American dream/way.

What you need to do is give the lower class a bigger tax break to the working class. I have personal experience with the unfair taxation of the poor. I noticed when I made less money on my paycheck the taxes on it also got a bigger chunk of my money which is unfair for someone trying to feed their kids. They are already struggling, why would you make it even harder on them. A simple solution is to the tax the rich more while taxing the poor less. In my opinion Why is it that someone from the lower class is only chance to make it to that 1% is to marry into it? How is that considered “fair” or even allowed?

Make the salary taxes for the lower class 5% and make the capital gain tax for the 1% and .1% to 20% so the decrease is counteracted by the increase so the economy isn't affected majorly this will allow our economy to grow too but that's will just be a side effect of giving the poor money to spend .but this could also make it harder to get into stocks because it might become very unforgiving but this would allow more people to afford living costs and spend it on unnecessary stuff which grows our American capitalist society. America was founded on the idea that anyone can accomplish anything.During the gold rush nobody's would become somebodies this was the land of opportunity for everyone alike but the same ideas we so desperately fought for became threatened in the fifties and we had to show we were capitalist to the end and the American way became anyone with money can accomplish what they want because of the red threat communism is no longer a threat to our society so why are we still scared of the idea of workers rights and working class tax breaks you can only oppress the lower class for so long as history has shown your choice you decide. 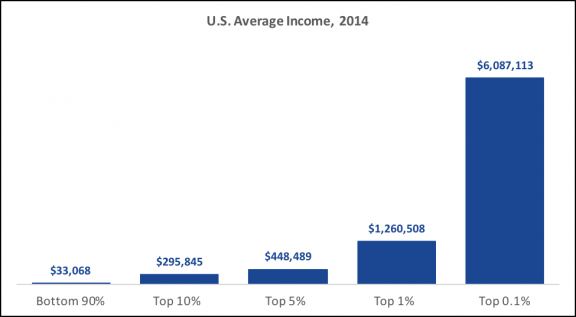 Taxes income inequality sacrifice corporations economy
Published on Sep 6, 2016
Report a problem... When should you flag content? If the user is making personal attacks, using profanity or harassing someone, please flag this content as inappropriate. We encourage different opinions, respectfully presented, as an exercise in free speech.
New Technology High School

Hispanic Education In The United States

Hispanics don't have enough resources to go to college.

There is a lot of school violence going on right now, and we need to find ways to stop it.

Immigrants put so much effort to stay in America and make a living providing for their U.S. born children, but when one parent is deported, the oth...

The welfare system is broken and needs to be fixed.

Our Way to Hope

This letter is about what immigrants want to be in The United States. Immigrants are running from their countries because they want the best for t...

I agree that taxes are a big deal in our society. Wealthy people pay 20% in taxes while middle class pay 40% in taxes. Some wealthy people don't ev...