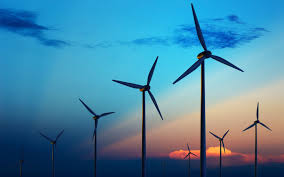 In the U.S., our most widely used form of energy are fossil fuels, and if U.S. steps up production to fill the gap left through depleting our oil and gas reserves, the coal deposits will only give us enough energy to take us as far as 2088. Although winds are unpredictable and the noise is a problem for people who are on a close vicinity to them, wind turbines are a safe, inexpensive, and constant form of energy, unlike fossil fuels such as coal and natural gas.

As of now, the us has a total of around 48,800 wind turbines and a single wind turbine can power 500 homes. With adding more wind turbines, you can change the way america gets their power. This would not only help save the planet, but it will create many more wind related jobs. In 2015, Texas had around 24,000 wind related jobs, having the most wind jobs in the US. If you were to increase the amount of wind turbines on the us you can just imagine how many more jobs you could create for the U.S.

Some may argue that wind turbines are a waste of money and they aren’t an efficient form of energy, but with the way that we are running low on fossil fuels, were going to need to come up with a new form of energy, and wind turbines are perfect for that. They have low operational costs and the cost of wind energy has decreased by around 90% since the early 1980’s says an article created by the american wind energy association, making wind turbines a cheap fix for the energy shortage. Although winds are unpredictable, they are constant and they'll never end, so we won't ever run out of energy unlike fossil fuels and some other forms of energy that are used more on the united states.

In 5000 bc windmills began to propel boats along the nile river In the year 1888 in cleveland ohio the modern day steel windmill was created, and hopefully In 2017 the world will begin to convert to renewable sources of energy, and hopefully that includes creating more wind turbines in the U.S. and that could all be thanks to you, the next president of the United States of america.

Energy wind energy turbines environment
Published on Nov 8, 2016
Report a problem... When should you flag content? If the user is making personal attacks, using profanity or harassing someone, please flag this content as inappropriate. We encourage different opinions, respectfully presented, as an exercise in free speech.
Avondale High School

Schools should be equal and every kid deserves an equal chance. Inequality in schools is not fair because other students are getting better opportu...

The FAA (Federal Aviation Administration) need to be stricter on some laws about who can and can’t fly a drone by having a drone lesson to learn th...

Letter to the next President regarding GMOs.

It's a given right...Right to bear arms

People want more gun control, but it isn't gonna work the way they think it will.

Starvation is a very big problem.

people who recycle help the environment to become cleaner.

Bees are dying at an alarming rate.

Renewable energy will help save our planet. Make sure the human race has a future.