I would like to formally discuss the topic of abortion that has been spreading across the country in recent times. As of right now, abortion is legal, but has many repercussions for women who choose to undergo the surgery. Many people are now saying that abortion should be banned for all, but I believe this would be a futile and shortsighted decision. Women around the world should have control over their own bodies, other people should not be able to guilt or shame women into making the choice that they want them to. It makes no sense for people to make decisions for other people, especially those whom they have never met, only based on their personal opinions. As president, you should enforce the fact that abortion should and will stay legal and that women should have the right to choose, and not have other people choose for them.

Around the world women are going through the struggle of, first of all, dealing with the abortion decision themselves. They find out they are pregnant and know they aren’t ready, whether it be because they are too young, in an unstable situation, or anything else, they don’t think they can handle giving birth to and raising a child. If the women make the decision to have an abortion, it should be her decision alone. People around her, whether she knows them or not, should not have an effect on her choice, and they should also not think that they have the right to choose for the woman, no matter the relation. A story given by Red, in New York Magazine, shares her experience with her first pregnancy and how she was in an abusive relationship and an unstable, immature place in her life. She did not want to have the baby, but her boyfriend made her. He chose for her. Which is what people around the world want to do for all women. People that believe in the “pro-life” view think that abortion is never the right decision, but the right decision can really only be made when the woman makes it herself.

A Guttmacher Institute study states that 1.06 million abortions were performed in the United States in 2011. With all of those abortions comes the guilt that every single one of those women face at some point during the decision. Heather, also from a New York Magazine article, says that she herself feels “guilt and shame” whenever she thinks about it because of how much it affected her. She shows us that guilt does not start with people who are “pro-life”, it starts in themselves, but it is enhanced by a million when they walk through the doors to an abortion clinic and find protesters pushing shame onto them even more than they are already feeling. When it came to Yolanda’s time to walk to the clinic, another woman who gave her story of abortion, she recalls many protesters standing outside shouting “You don’t need birth control, you need self control!” she also says a woman followed her into the clinic and whispered in her ear “You’re never going to forget.” How can people believe that that is the right thing to do? Publicly and purposefully shaming someone is something that should never be accepted, yet people around the world think that those protesters are in the right.

The next president should be able to show people that the way they’re handling their opinions on abortion is not right. They should be able to show people that abortion is something that is for one person to choose, and one person alone. There is enough guilt felt from what these women are doing, other people don’t need to take specific action to make those women feel even worse about themselves. Our next president should be able to speak out about the controversies over abortion, show each side, and hopefully, show everyone why abortion needs to stay legal for the women who want to make that choice.

Thank you so much for your time. 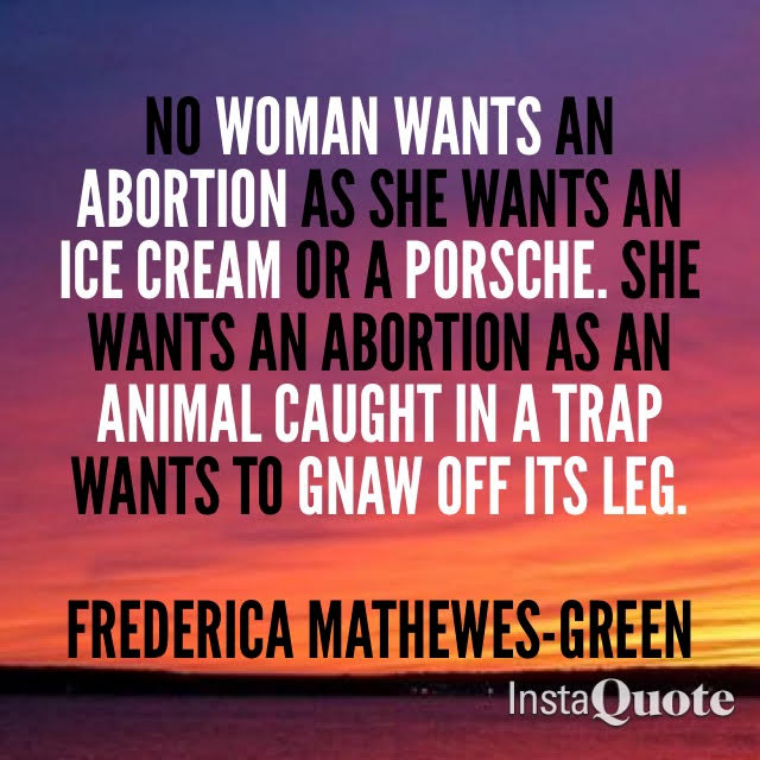 abortion
Published on Nov 8, 2016
Report a problem... When should you flag content? If the user is making personal attacks, using profanity or harassing someone, please flag this content as inappropriate. We encourage different opinions, respectfully presented, as an exercise in free speech.
Lewis S. Mills High School

Abortion Must Be Stopped

Abortion is a crime that should be illegal.

Abortion in the United States; how there needs to be more awareness and respect for life.