As president your next four years will be dedicated to solving America’s most important issues. I am writing to you to raise awareness about renewable energy a very important topic that must be addressed during your term as president. Pursuing renewable energy is one of the most important issues in our nation and is not being given the attention that it deserves. Some people may say “why fix something that ain’t broke” however, being proactive is the best way to ensure that we are able to meet our energy demands in the future. Making renewable energy easily available is important because our oil reserves are limited, and we need to attain better energy security.

Becoming self reliant on energy would be a great start to making America great again. As a young adult and a driver I absolutely love the low price of gasoline right now. However, I remember a time before I could drive when the prices of gasoline almost reached five dollars a gallon. I know that If prices reached that high again it is likely that I wouldn’t be able to afford to drive. Our country has the opportunity to prevent another oil crisis from occurring and to not pursue the solutions would be ignorant. By using renewable energy as our primary fuel source the United States could stop spending billions on importing oil and could use the money for better purposes such as, further pursuing effective energy and reducing the trade deficit. Becoming self reliant on clean energy wouldn’t just have a economic impact it would have a major impact on world affairs as well. Right now the Middle East produces more oil than any other region in the world. We cannot have a strong government if other areas of the world are able to leverage us with their oil. Some people may believe that the United States should pursue fracking in order to attain better energy security but fracking desecrates Mother Earth leaving the world distraught in the long term for the generations to come.

Fossil fuels are not the future, once used the remnants pollute our atmosphere and can never be used again. Without fossil fuels life as we know it will be changed forever, oil is important to the production of many products besides gasoline that we need to find substitutes for before it runs out. It is dangerous for our nation to continue to put all of our proverbial eggs into the never depleting basket of oil. According to Emma Howard Boyd a member of the Environment Agency Board “Having as many models as possible, from small-scale initiatives to large-scale projects, will be the key to financing the necessary energy transition.” Instituting as many programs as possible for renewable energy will have a profound effect on the lifespan of oil. As leader of the free world it is your duty to ensure that our nation is able to properly function even long after your presidency which can be achieved by putting research into oil alternatives.

Together we can make America great again if we focus on finding new forms of renewable energy and effectively implementing the technology that we have. Fossil fuels will be an important source of energy for our country until we run out therefore it is imperative that we make them last as long as possible by reducing their use and our dependency on them. It is better to address our energy needs before we reach the stage where gas rules the world like in the movie “Mad Max.” The best way to address the issue of scarcity is to put capital into developing new technology and implementing technology already available. The solutions exist, we just need to look for them before it is too late. 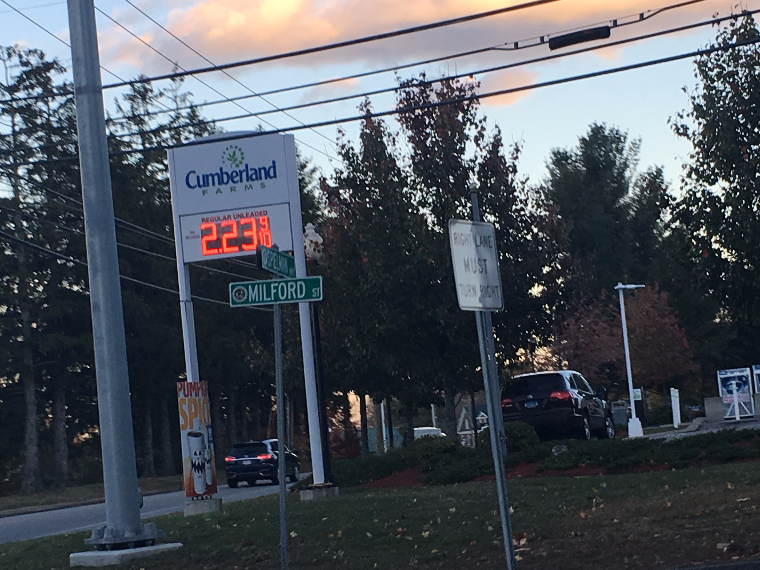 Caption: (People may be satisfied with the price for gas right now but what is gold can never last and it certain that the price for this "liquid gold" will skyrocket in the future.)

alternative energy oil Energy environment
Published on Nov 4, 2016
Report a problem... When should you flag content? If the user is making personal attacks, using profanity or harassing someone, please flag this content as inappropriate. We encourage different opinions, respectfully presented, as an exercise in free speech.
Lewis S. Mills High School

My name is Zachary Rogers, I’m a high school student in Westport, Connecticut, and I’m proud to say that I will vote in the next presidential elect...

Abortion should be kept legal since women should be given the choice of what they want to do.

The United States is depleting its natural resources.

Our world is dying before our eyes, and its getting to be too late to save it. Climate change is not a joke, it has too many present facts. We need...