We, the United States of America, are under attack. Terrorism has grown worldwide throughout the past decade, and has particularly invaded on the safety of American civilians. The United States has been playing defense, merely trying to avoid these hate crimes. Our defense has failed to stop multiple attacks on several occasions; a new strategy must be taken. We can no longer sit back and wait for the chaos, we need to take it head on. No more running, it's time to end this threat once and for all.

Under the Obama administration, the United States has suffered from eight major attacks, an average of one attack per year since President Obama was elected in 2008. Some of these significant acts of terror include the 2013 Boston Marathon bombing, where three civilians were murdered and 246 others were injured, and the recent shooting in June at an Orlando night club, where 49 people were killed and 53 others were wounded. Very little has been done in response to these attacks by Middle East extremist groups. The government has failed to keep their people safe by avoiding this issue. In 2013, The Global Terrorism Index recorded almost 18,000 deaths, a jump of about 60% over the previous year. Many Americans are part of that statistic, and that number continues to grow. Instead of addressing this life-threatening problem, Obama has focused more of his attention on other non-life-threatening issues. Our next president needs to make the resistance of terrorism a top priority.

The United States must take a more aggressive approach towards this matter. We need to prove to the rest of the world that we are a powerful and thriving nation that will not take threats on their safety lightly. Lately, most of these attacks have come from extremist Islamic Nations in the Middle East. In April, Obama announced that he would send more special force troops to Syria and others to Iraq, but this involvement has been incredibly slow. Troops should be sent into the Middle East immediately to gain control over these extremists and eliminate the threat on American safety. The United States must engage themselves into the Muslim World to create relationships with the Muslim population in the fight against terrorists in the Middle East. Building a strong relationship with these people would give us vital leverage over the Islamic terrorist groups that control Muslim land in the Middle East. These steps must be taken to secure our safety.

Bombings, shootings, mass executions, and other acts of genocide have taken place on our home soil. We can no longer avoid this issue. American men and women continue to be murdered because of these hate crimes. Are you going to overlook this issue like the Obama Administration has or are you going to take a stand and fight for American lives? Please, for our safety, eliminate this terrorist threat. 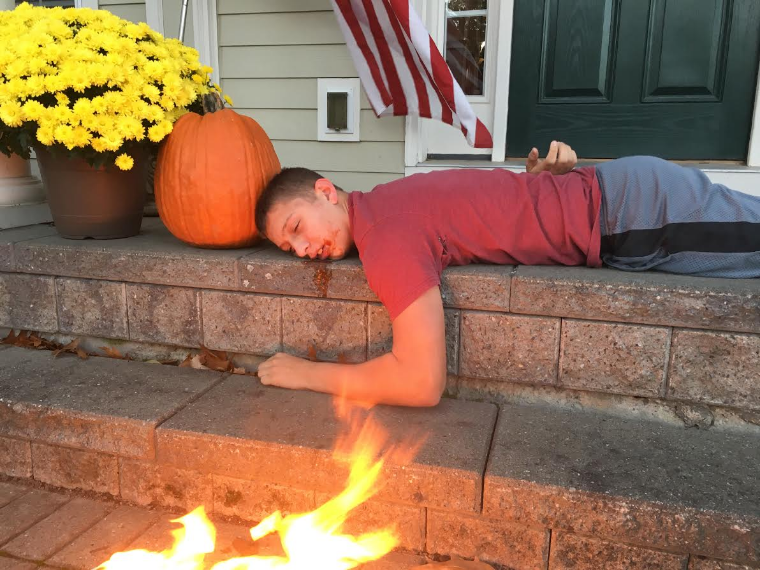 international affairs safety middle east violence terrorism
Published on Nov 4, 2016
Report a problem... When should you flag content? If the user is making personal attacks, using profanity or harassing someone, please flag this content as inappropriate. We encourage different opinions, respectfully presented, as an exercise in free speech.
Lewis S. Mills High School

Transgender Rights, Drugs, & Racial Profiling. Education is the one thing that can unite us all.

Why guns should be restricted for the mentally ill.

It's pretty easy to get guns in Chicago, and we should do something about it.

Syrian Refugees fleeing to the U.S.

Syrian refugees needing to find safety in order to live there lives in peace.

As a President, there needs to be more education about all of what goes on with a gun, instead of having an ignorant viewpoint on guns. An educati...