The United States of America is considered the most influential, advanced country in the world, and yet we still find ourselves trapped in a society where men and women are not treated equally. Employment, pay, education and societal treatment, despite over 100 years of working towards equality, are still drastically different between the two genders. While America has made far more advances in equality than most other countries, we still have a long way to come.

For years we have been talking about the pay gap, but little has improved in the way of equal pay. In 2015, women were paid only 80% of what men made working the same job, and the gap only widens when you compare women of color with white men. In 2015, African American women made just 63% of what white men made, and Hispanic and Latina women made just 54%. As the next president, I implore you to take measures to close this gap and finally bring equal pay to all people, so that salary can be determined by skill level rather than gender or skin color.

There is also a large problem with the gender gap in specific employment fields. Men are underrepresented in the health and social services workforce and education, comprising only 21% and 31.4%, respectively in 2010. Women are underrepresented in the professional, scientific and technical workforce, contributing only 43.2%, and are greatly underrepresented in fields such as construction, where women make up only 8.9% of the workforce. Men should be able to become teachers and social workers and women should be able to become scientists and construction workers, if that is what they so desire. It is time to stop letting our social expectations of traditionally gender-specific employment roles dictate who we become.

Another large difference between the genders lies in their educational experiences. In many other countries, girls are not allowed to attend school, and the United States should certainly take measures to remedy that, but here at home, we have a different problem. Many people seem to believe that girls are more likely to excel in school and that boys are more likely to fail out of their classes, cause trouble, and slack off. This assumption has made excuses for reckless behavior, driving their actions instead of explaining them. If our society assumes boys will cause trouble and that it is inevitable, then we are justifying this behavior. Instead, we should encourage both sexes to pursue education with the same vigor: hold both genders to the same standard. We cannot make excuses for half of the country when we know that the potential of men is just as great as that of women. America’s growing educational gender gap becomes more and more evident all the time: today, more women obtain their Bachelor’s degree than men, 36% versus the 28% of men. This stark difference also plays a heavy role in financial status and employment position. Men are more likely to accept any job they can get, while more women go back to school in the hopes that their increased student debt would be paid off using the higher wages they will receive in the better job they are able to attain with their degree. However, in this day and age, we see that this is not the case. Higher education has last value over the years, and many of the women hoping to pay off their debt are out of luck. If the gender differences in education were lessened, our country would have even more citizens with a higher education who are more prepared for the changing world we live in.

The United States should be the model that the rest of the world follows in gender equality, as we are already the model for so many other aspects of society. People should be judged, treated and given opportunities based on their character and how hard they work, not on their gender. I hope as the next president of this great country, you recognize the gravity of this situation, and work to improve gender equality in America. 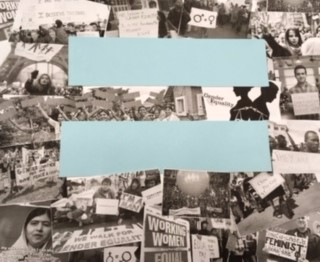 gender equality
Published on Nov 2, 2016
Report a problem... When should you flag content? If the user is making personal attacks, using profanity or harassing someone, please flag this content as inappropriate. We encourage different opinions, respectfully presented, as an exercise in free speech.
Lewis S. Mills High School

To Change a Curriculum

Why we must close the Gender Wage Gap?

Reasons that the next President close the Gender Wage Gap.

The pay gap between gender has not changed greatly in the last few years. This a problem. How can we fix it??

A look at how gender inequality needs to be eliminated.