“Between 1962 and 1971, US military forces sprayed millions of gallons of herbicides over South Vietnam. Agent Orange accounted for much of the total sprayed.” ~ NAS Press Release – July 28, 1993. Can you imagine not knowing the harmful effects of these herbicides until the damage has already been done? This was the case for my Grandfather Parker Holden. After supporting our country in one of history’s most grueling wars, many veterans came home and would forever feel the effects of the mysterious herbicide, Agent Orange. At the time of the war, no one knew what trauma Agent Orange could cause on the long term scale, at least the information was not announced to the soldiers. Therefore, countless soldiers were exposed to this plant killing spray without realizing that it would later kill them too.

When my grandfather came back from the Vietnam War in December of 1968 he didn’t experience side effects for a while until one day he started seeing a rash on his body and had no idea that the true culprit was Agent Orange. At the tie of the war he had known about the herbicide Agent Orange being sprayed and his contact with it, but had no idea of the extent. The rash continued to grow and caused extreme pain for about six years. In desperate need for treatment he went to the VA hospital in New Haven, CT. Here my grandfather experienced complete disrespect to his conditions and was given little to no help. As my dad said in an interview, “They basically only told him that his rash was not caused from Agent Orange, and would go away just so they didn’t have to pay for his care.” When the rash didn’t show signs of subsiding, he tried the VA hospital in New York hoping for a different diagnosis. Within 15 minutes of arriving, the hospital declared the rash a result of Agent Orange and told him he needed immediate treatment. Sadly, the treatment didn’t help fast enough and my grandfather passed away at age 58.

Is this really how we want to treat our veterans? A supposed Veteran hospital dismissing patients who clearly have a severe problem? That’s not fair to anyone, especially the brave men and women who volunteer to risk their lives supporting our country today. According to the U.S. Department of Veteran Affairs, the benefits Veterans are supposed to receive for Agent Orange exposure are health care, disability compensation, benefits for children with birth defects, and survivors’ benefits. If my grandfather actually received these benefits, maybe he could have survived the disease.

I propose a change to health care. If all hospitals worked like the VA hospital in New York we could save the lives of who knows how many people altogether, not just veterans. The benefits listed securing the rights of patients exposed to Agent Orange should be reviewed as well as health care benefits as a whole. The chilling fact that herbicides just like Agent Orange are still used today on GMOs is enough reason to keep up with our health care standards. Health experts should check for enforcement of the rules before more people die as a result to lack of obedience to health care benefits. 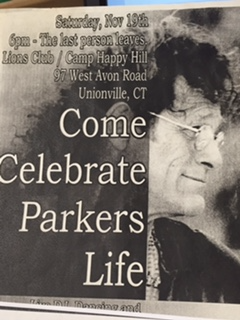 agent orange veteran issues
Published on Nov 2, 2016
Report a problem... When should you flag content? If the user is making personal attacks, using profanity or harassing someone, please flag this content as inappropriate. We encourage different opinions, respectfully presented, as an exercise in free speech.
Lewis S. Mills High School

Talking about school safety and how we can keep schools safe.

Police Brutality has been a big issue in 2016. So big that is has claimed the lives of hundreds. Our president needs to be able to fix these proble...

Veterans: Are we giving back enough?

Veterans and people in the military save our freedoms everyday, but when we are back home are we giving back enough to them. Some veterans come bac...

We need to help our veterans.

So many homeless people from veterans to children to elders , dozen in ever city. So many things we could do to help but we don't. It's heart break...