With the current influx of terrorism in our nation, it is critical that we do all that we can to prevent it before it starts. In order to prevent attacks it is necessary that we learn from the past. Understanding who is involved and effectively monitoring them is the best way to ensure that attacks do not occur.

In the case of the shooter from the San Bernardino attacks, the FBI seeked Apple’s assistance in unlocking the shooter’s, Syed Farook’s, iPhone. Apple claimed that this request was “chilling” and that this step would threaten the security of their customers. Although I can understand where Apple is coming from concerning the freedom and rights that the Constitution provides, I believe that under certain circumstances people can lose these rights.

After Syed Farook killed 14 Americans in his attack, I strongly believe that no one, including Apple, should be worried about protecting this man’s rights. Information could be accessed from his phone that could potentially uncover accomplices and other intel. This would allow the government to monitor the people that this terrorist may have been communicating with and other plans that may have been in progress.

There are a very limited number of ways to prevent terrorism, but unlocking the iPhone and taking a look at the past could certainly stop terrorism before the plans have a chance to be carried out. U.S. citizens may have concerns regarding the privacy of their Apple devices, however, the FBI would only look to Apple in desperate times. The majority of Americans do not have to worry about the FBI accessing their phones. In my opinion if you have nothing to hide then why would you be concerned with your phone being accessed if it could potentially save lives?

Farook gave up his rights when he decided to execute an attack, taking 14 innocent lives. The U.S. should not be obligated to protect his privacy rights when it could prevent future attacks. 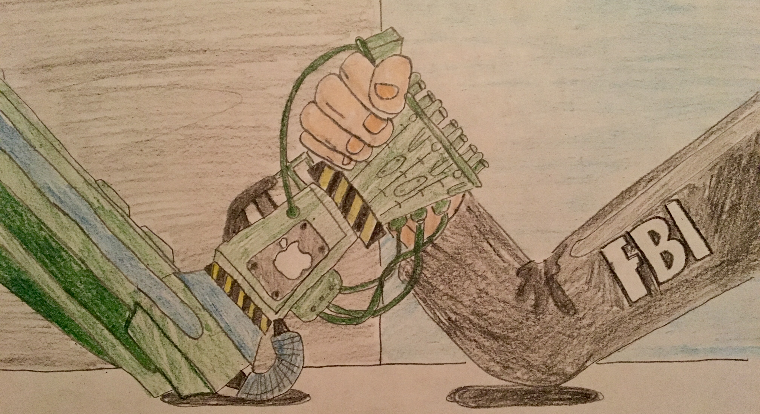 terrorism
Published on Nov 8, 2016
Report a problem... When should you flag content? If the user is making personal attacks, using profanity or harassing someone, please flag this content as inappropriate. We encourage different opinions, respectfully presented, as an exercise in free speech.
Lewis S. Mills High School

There is obviously a problem with gun violence in the U.S. I believe that this is the biggest threat to our security.

This is just a letter saying that all terrorism should be shown, not just the ones that have a lot of deaths.

This letter is about how ISIS has expanded and grown as a threat to the US and the world and how we will combat it.

Biggest Issue on The planet

Why war on terror needs to stop.