Many Americans are under the false impression that the animals used for consumption in the United states are treated well, like what you would see in a documentary about a cattle farmer who had been handed down the ‘cowboy’ trade. However, many of them are raised in and forced to live in their own feces, are beaten regularly by staff, and are killed in inhumane ways. Many cows, and pigs that are slaughtered are fully conscious and completely aware of what is happening when they get their throats viciously cut open. The meat industry needs to have better regulation and more accountability for what they do with these animals.

The USDA does not have clearly stated standards that each company has to follow, and the majority of the time, never monitor or check on these farms to see what they are doing with their livestock. The meat and dairy industry have developed such a large monopoly over the economy, that they will do whatever makes them the most money, at the expense of animal welfare. According to the ASPCA, animals raised for food are among the least-protected class of animals in our nation; and all birds (chickens, turkeys ducks, and more) raised for meat and eggs, are completely excluded from all federal animal protection laws.

In order to maximize profit, factory farms cram mass amounts of animals into completely unsafe, and unhealthy living conditions. Chickens often have their beaks cut and cows often have their tails mutilated and teeth pulled out, or ground down to prevent injuries to themselves or others from living in constant stress, says PETA.

Cows, like humans, only produce milk when they have a baby on the way.  Therefore, dairy cows live the majority of their lives in a cycle of impregnation. When the calves are born they are ripped away from their mothers, causing more stress on not only these new lives but their mothers as well. Female calves become the next generation of dairy producers, while the males are typically sold for veal.

Although the demand for meat and animal products has risen, the torture and abuse these animals face shouldn’t be worth one burger or one glass of milk. The inhumane treatment and unsanitary, stressful, and abusive environments these cows live in are the same unfortunate reality for pigs, chickens, and turkeys raised for meat and eggs. Something needs to be done to put these animals out of this misery. 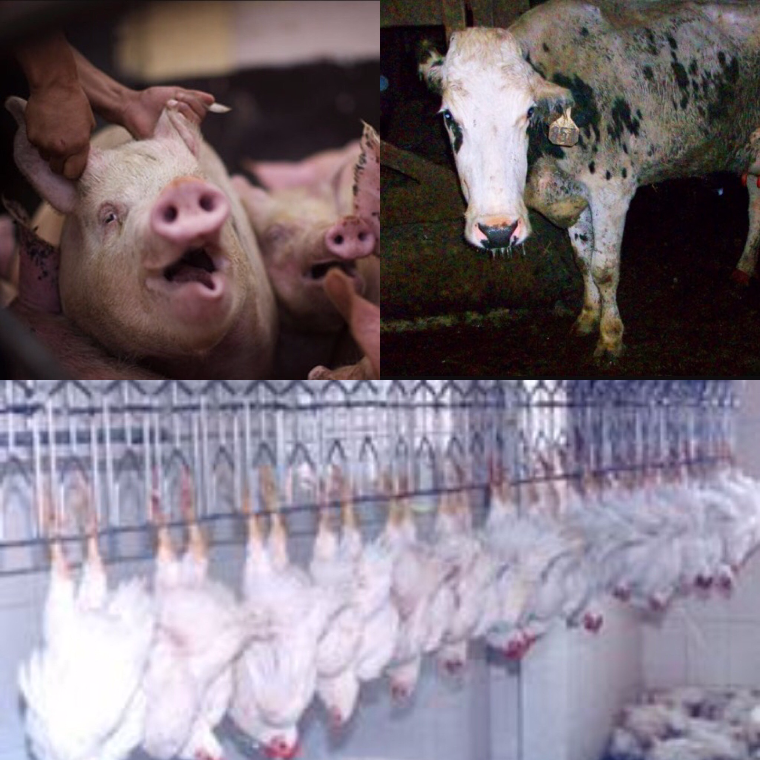 animal abuse
Published on Nov 8, 2016
Report a problem... When should you flag content? If the user is making personal attacks, using profanity or harassing someone, please flag this content as inappropriate. We encourage different opinions, respectfully presented, as an exercise in free speech.
Lewis S. Mills High School

What both male and female teens don’t seem to notice is how life threatening the gang culture can be as their need for attention and acceptance dom...

In this video, I address the controversial topic of gun control in America. I state the problem, and give reasonable solutions to the problem.

Racial Profiling Definition: the use of race and/or ethnicity as a ground for suspecting someone has committed an offense Research: The...

Killing animals is bad and sad!