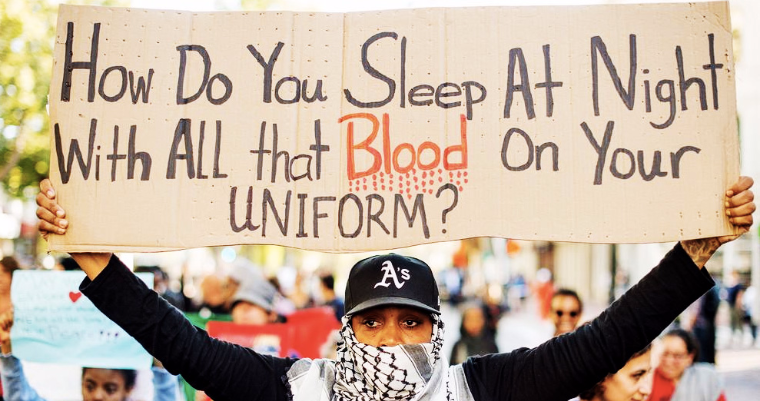 California my school is called HSHMC. I want the future president to fix

police brutality in the United States right away. Do you know how many

people live in fear by people who wear badges, including me? Police brutality

is a very important situation you should know about because, citizens are not

trusting police and it makes the world a more dangerous place, and it bothers

me to see innocent people being killed for the color of their skin. I want to fix

this problem by giving ideas on how to resolve these problems.

but now, I don’t think they are doing such a great job. This is a very

color that makes them seem bad to them. US police have killed at least 194

black people in 2016. The youngest police killing so  far has been a 13 year old little boy who was

playing with his BB gun the police mistaken it as a gun and killed him.

him to do. Both victims skin colors were black.

I feel as if our police force is going down hill in our communities. I

believe to fix this problem we can have our police retrained for free for a year.

with the stations that have recorded police brutality, and then the whole US.

This will help them to see that black lives matter. Also it helps them for quick

thinking situations for example.  Junior Prosper crashed the car he was

driving, a cab, on the highway and began to run away. An officer chased

Junior, claiming Junior bit his finger before the officer shot and killed him. Maybe he shouldn't have

run, but he should not have been shot.

police women/man. This is a little camera that will be hooked onto a police

jacket. This is to record non stop so if there is a recording of a police

brutality, no officer can lie about what happened. Diamond Reynolds was a

husband and was shot three times, because they thought he had a gun. And

gun found. If we had a camera to prove that there was or wasn’t a gun there

In conclusion I think our police force should be retrained, and should

have cameras on their vests to have a better police force this year.

police brutality
Published on Oct 30, 2016
Report a problem... When should you flag content? If the user is making personal attacks, using profanity or harassing someone, please flag this content as inappropriate. We encourage different opinions, respectfully presented, as an exercise in free speech.
Health Science Middle School

Illegal or legal, immigrants are part of the future of America. Give us a chance to contribute to the future.

On police brutality and why it needs to stop and how to stop it.

Gun control is a bad topic and has lots of problems and we need to stop it.