I believe that homelessness is a big issue in The United States because when you look at the streets of San Diego for example you are most likely to see a homeless person in the street either sleeping or looking for a place to rest. In the article the importance of ending homelessness by: Vivinia Gonzalez it states that,” a homeless is an individual without permanent housing that may live in the streets.” Another fact that the article The Importance Of Ending Homelessness stated was that,” homelessness has affected 3.5 million people, 1.5 million of them being children. This is a bad thing because it is not just the grown ups that are affected by this children are too and if we don’t try to do something about this the number will increase eventually.

I think that you should do something about this, maybe we can make a fundraiser for the homeless people and the money that is collected can be sent to buy food for most of the homeless people. If we do this the fundraiser would have to be big because we have to pay for the food until they find a job and they are able to pay for their own food, home and some cloths for them to wear after,that is done we won’t have to pay for anything. This fundraiser could be held every year so little by little we will be taking homeless people out of the streets. Another option is that we make a place for homeless people that don’t have a shelter just how we made a place for old people that can’t take care of themselves.I hope you can do something about this because if we don’t more and more people will live in the streets becoming homeless.

Homelessness is an important issue all around the United States but if we don’t do anything homelessness will become more common than what it already is. This is why you should do something about it like making a fundraiser or make a place for them like how we made a place for the old people that can’t take care of themselves anymore. I hope you pay attention to this issue because we wouldn’t want the homelessness number to increase. 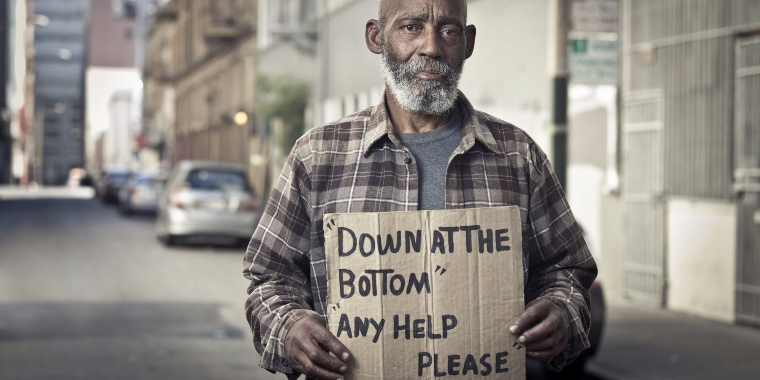 homelessness
Published on Nov 4, 2016
Report a problem... When should you flag content? If the user is making personal attacks, using profanity or harassing someone, please flag this content as inappropriate. We encourage different opinions, respectfully presented, as an exercise in free speech.
Health Science Middle School

Sleep, One of Teen's needs

The early start of school is affecting thousands of teens around the world, and it's not for the better.

Dear Future President, You must be organized and set goals and achievements for yourself that you know you can accomplish. There are so many thin...

Overpopulation and How This Affects Us

Overpopulation is causing major issues to all life on Earth, but if we change now as keepers of our planet, Earth can prevent these issues and make...

Hope for the Homeless

Homelessness is an important issue that defines our nation and we should take this situation into consideration.

The people that live on the streets should be helped.

This is a letter to the next president in America.