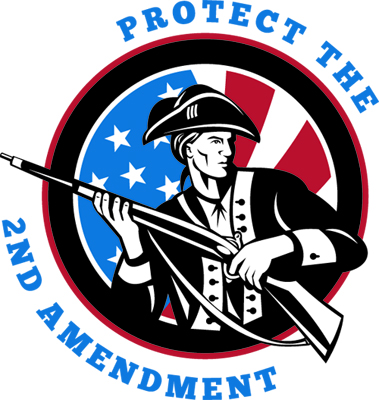 I am a student at HSHMC in  San Diego California and I would like to talk about the problem with gun laws.

Do you know how much crime is in the United States? You need to protect yourself but people are trying to take our second amendment. I am a supporter to the second amendment and even though that no one in my house owns a gun I still believe that everyone should have the right to conceal a firearm. According to the National Rifle Association, guns were used 2.5 million times last year for self defense.

I understand that criminals could steal guns but even if they were banned they could steal them and we would be left defenseless against them. Assault weapon bans did not significantly reduce murder rates in the us according to an article posted on Letters to The Prez 2.0.

I am asking you to not  remove all of the laws on guns, but instead to decrease the laws to a certain extend and to not remove guns from our society. I read an article from Gun Laws For America and they said that background checks should be required to own a gun. I agree with them but the laws like no fully automatic weapons or no extended magazines on Assault weapons are the laws that I am against. Please use common sense when it comes to gun laws.

gun issues
Published on Oct 30, 2016
Report a problem... When should you flag content? If the user is making personal attacks, using profanity or harassing someone, please flag this content as inappropriate. We encourage different opinions, respectfully presented, as an exercise in free speech.
Health Science Middle School

The Struggle among the 99 percent

With college tuition being so high, the struggle to afford a college education is as big as ever

Common Core Should be Removed

i think i have to type in this box to submit

This is about computers for schools and why they should have them.

Common sense on the topic of gun control

Gun control and the ways it'd effect our society

The importance of gun control

In this letter I tell you about the importance of enforcing our gun laws.

Homicides by guns in Philadelphia