I believe that animals should be treated equally as humans. I believe this because people act as if animals aren’t important and there just toys to throw around. But you need to treat them with respect you need to pay attention to your pet. People are going to become more cruel to animals, dog fighting still goes on for entertainment and those dogs are innocent.People should be aware of animal cruelty some animals are suffering from cancer others may be suffering with even worst problems.I would like to make animals in circuses better because circuses whip their animals and make them work all day long circuses are cruel to animals these animals should be out in the wild being free. And zoos they barely give space to their animals and like I said animals should be out in the wild , zoos probably won’t let their animals go but they could at least give them a bigger exhibit.

And we all should stop animal neglect , hoarding , shooting , beating , mutilation , burning , throwing , and stabbing animals right away this is what is happening right now , this is why you need to pay attention to animal cruelty. “More than 50% of fur you were is from china, where millions of animals bled to death and some are skinned alive” “It’s been estimated that there are 900 to 2,000 new cases every year of animal hoarding in the U.S. , with 250,000 animals falling victim” (Dosomething.org).

Animal testing is also a problem ,animals die every year because of this problem animals get locked in cages not knowing what’s going to happen to them. Animals aren’t meant to be lab rats, their more than that. ¨ Over 100 million animals are burned , crippled , poisoned , and abuse in U.S. labs every year,"  Even animals under the AWA can be abused and tortured . And the law doesn’t require the use of valid alternatives to animals , even if they are available." Animals shouldn’t be tested on it’s not fare to animals to them, if humans knew what labs do to animals before they release a new product they probably wouldn’t use it.¨ In test of potential carcinogens , subjects , are given to a substance for every day for 2 years. Other tests involve killing pregnant animals and testing their fetuses." ( Dosomething.org).

Animals should not be homeless. People get animals and keep them until the animal is grown up and leave them homeless this happens because people start to lose their love for it and they probably find a new pet . ¨ Homeless animals outnumber the amount of homeless people 5 to 1¨ ¨Each year, approximately 27 million cats and dogs are killed every year because shelters are to full and there aren’t enough adoptive homes. Act as a publicist for your local shelter so pets can find a home ¨. ¨Approximately 7.6 million companion animals end up animal shelters nationwide every year.Approximately 3.9 are dogs and 3.4 million are cats.(Dosomething.org)

Animal poaching is an issue because animals die just because they have something valuable like elephants die because their tusks are really good diggers. And a tiger is not a rug poachers take their skin for rugs and more. Animals are never meant to die by humans but by nature poaching has been an issue for a while it has caused extinction but today is day to stop before the animals on earth will be gone. Animals shouldn’t be treated like animals they should be treated like living things that’s what they are . But this is a question if animals are living things like humans then how come we don’t respect them.

Ways the society can help and how you can help

. People can help by picking up a stray and take it to the shelter not a pound

. You can have schools have meatless Mondays

. People can report animal cruelty when they see it happening 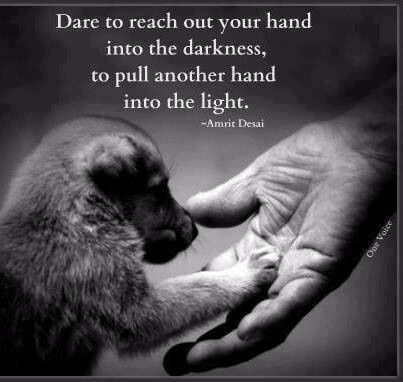 animal abuse abuse
Published on Nov 3, 2016
Report a problem... When should you flag content? If the user is making personal attacks, using profanity or harassing someone, please flag this content as inappropriate. We encourage different opinions, respectfully presented, as an exercise in free speech.
Health Science Middle School

Dear Mr. president I am writing you this letter to talk to you about animal rights. The first thing I worry about is all the animals in zoo’s. ...

Child Abuse need to stop because it's hurting kids and it's emotional.