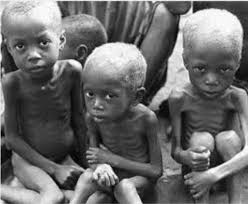 I believe that World Hunger should end now because many families are suffering from hunger all over the world. Many children under the age of five have died by bad eating routines.It's not their fault they have nothing to eat nor drink. They’ll do anything for food.So Mr./Ms. Future president I am writing this letter because hunger kills more people each year than AIDS, Malaria, and Tuberculosis combined.

One main issue is Food and Agriculture. Food and agriculture is one big issue because farmers need equipment, tools, tractors, plows, seeds,fertilizer,and water systems. All of these things are needed to make up agricultural infrastructure. But the bad and scary thing is that many communities don't have some of these products, which leads and spreads hunger issues. So I need you Mr./Ms. Future president I would like for you to help the farmers and make sure they have these products for world hunger to end.Ms. Future president

Another issue is Nature and Natural Disasters. Nature and Natural Disasters is a really big issue causing this. It cause world hunger because in many places if there is going to be an earthquake, or a tornado, and maybe a hurricane there is a warning. So people go to the grocery store and buy food and emergency supplies, to be safe. But in some communities there isn't a warning, so now imagine there being a tsunami or a drought BUT with NO warning. That is scary. It can cause world hunger, lots of it. So Mr./Ms. Future president I need you to help communities and make sure they give a warning before a disaster.

One last big issue is poverty. Poverty is a big issue causing World Hunger. It affects World Hunger because poverty include people’s lack of resources, an extremely unequal income distribution in the world and within specific countries, conflict, and hunger itself. So Mr./Ms. Future president please help the poor so they don’t suffer of hunger.

I believe that World Hunger should stop now. People should do something about it because these people need help. They will do anything for food or beverages. So please Mr./Ms. Future president do something to help them. I think this is an important topic because people including children don’t deserve to die, it’s not their fault that they don’t have nothing to eat. That’s why they don’t deserve to die. If there is something you Mr./Ms. Future president can do anything please do it now to help save these children and people.

world hunger
Published on Nov 7, 2016
Report a problem... When should you flag content? If the user is making personal attacks, using profanity or harassing someone, please flag this content as inappropriate. We encourage different opinions, respectfully presented, as an exercise in free speech.
Health Science Middle School

The sentences in Presidential speeches seem to be framed in a very peculiar way.

I think that you as president should make laws and regulations against gun use and gun violence.

College Cost is an Issue

The issue of students being discouraged to attend college.

"Destruction is Heating Up"

The Children of our world need meals not scooters.

Hunger is one of the biggest problems in our world to this day. Read to find out more about world hunger.