I am writing to you to express my concerns about the topic of abortion. This is a big issue in our country today, and I would like to share my opinion, along with some facts for you to consider.

An estimated 954,000 abortions were performed in 2014. That is 954,000 potential human lives. Those babies deserve to live, and they deserve a life just like every one of us. In my personal opinion, abortion is immoral and is the taking of a human life. I understand that those with pro-choice views believe the baby is a fetus that cannot live outside the womb. However, according to www.abortion.procon.org, it is scientific fact that life begins at conception. No civilization or society is okay with intentionally harming someone without punishment. An abortion is intentionally harming a human life. Also, an abortion can cause medical complications for the woman later in life. Chances of miscarriage and diseases increase.

In general, I believe that abortion is an example of our “throwaway” culture, in which things that are not easy or convenient get discarded without thought. While it would not be easy to be a single parent, I believe that our society and government should encourage family values and implement policies to support families and adoption. In today’s world where contraception is easily available, abortion should not be viewed as another form of birth control. Birth control is appropriate before the pregnancy ensues, not after.

While abortion is presented as a quick fix, the majority women who experience abortions have long lasting emotional and psychological scars that are not often discussed. This can lead to anxiety and depression, and cause problems later in life.

I am not only anti-abortion, but pro-life as well. Pro-life means supporting all forms of life, from its natural conception to its natural end. This means that life needs to be respected in the womb, as well as in all stages of life. 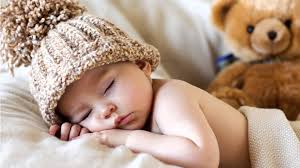 abortion
Published on Oct 28, 2016
Report a problem... When should you flag content? If the user is making personal attacks, using profanity or harassing someone, please flag this content as inappropriate. We encourage different opinions, respectfully presented, as an exercise in free speech.
Okoboji High School

Kneeling in the National Anthem

Gun control is a problem

Abortion is a bad thing

A child's life in your hands

There should be stricter laws when dealing with abortion. Women should realize there are other options besides abortion. If we help them realize th...