I think economic change is the main cause of immigration. Economic changes have majorly influenced immigration. Economic changes have affected many facets of production: labor, transportation, business, and technology. Most employers want to hire “cheaper” employees. The majority of “cheap employees” live in third world countries. To be able to get a job all you need to do is go on the internet. That is what the people from other countries do. They can apply for the job before they even come over to the United States. This is the gateway for immigrants to come to the United States.

I think the second important cause for illegal immigration is ineffective employment sanctions. The process of hiring someone is very simple. Hard recruitment processes should take place to ensure that only legal citizens are able to get hired. At most job sites that are in need of employees, employers will hire on the spot. They normally will glance over your papers but that is it.

In the U.S., low skilled labor is also a leading cause for illegal immigration. We need a lot of people to work in this job area but we lack the people for this area. For example, the number of citizens applying for construction jobs is very low.

Yes, more citizens in our country could be good but there are downfalls. More immigrants mean more opportunity for “bad” people in this country. It could mean that terrorists or drug dealers possibly from the Cartel could enter. I have heard of immigrants coming to the U.S and living with a legal friend or a family member here. They don’t get caught because they stay low. I have also heard of people that use a fake or stolen identity to get government resources or to get a job. It has happened all over the country.

In conclusion, the U.S. president should look into the situation of illegal immigration. Yes, the US needs more people for low skilled labor, but why can’t people in our country that need a job be able to get it before “foreigners?” Employers need to do background checks and do everything possible to make sure this employee is for the job and is not an illegal immigrant. Does the US have a problem with illegal immigration? 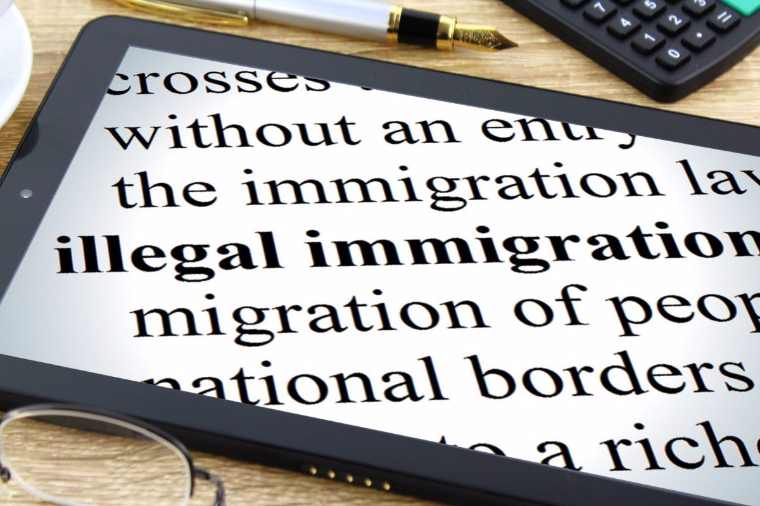 immigration
Published on Oct 28, 2016
Report a problem... When should you flag content? If the user is making personal attacks, using profanity or harassing someone, please flag this content as inappropriate. We encourage different opinions, respectfully presented, as an exercise in free speech.
Okoboji High School

Warming Up the Talk About Earth's Atmosphere

I thought slavery was forbidden, was I lied to or did America fail?

College tuition is rising each year at a very unaffordable rate. Therefore causing many families and individuals to not be able to go to a college ...

College Tuition should be lowered

Immigration between United States of America and bordering countries

The United States of America needs to secure its border with Mexico and Canada in order for our country to be more protected.

This letter was created to express concern over the proposals for immigration in the United States and reasons why you, as the future President of ...