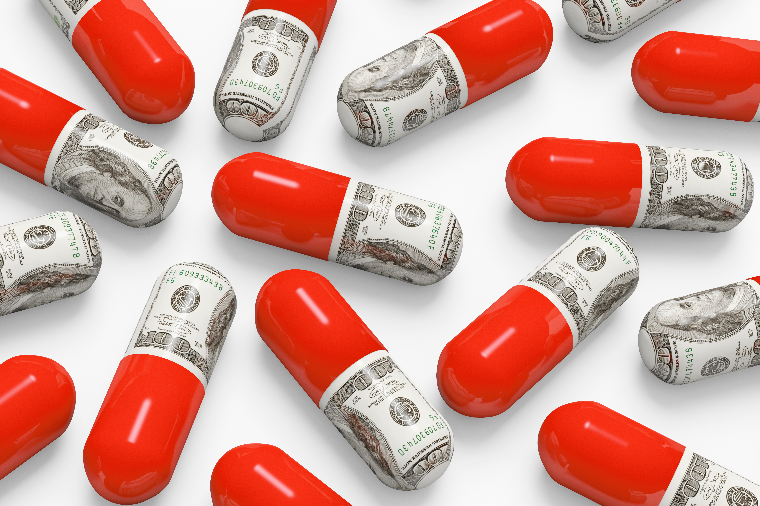 Will you be a president that values the economy over our lives? The medical market has been growing substantially over the decades, but at what cost? With the way things are now, medication is priced based on profitability and patients are forced to surrender their money to companies. Our nation faces the moral dilemma of physical health or economic gain. It is medication that keeps much of this nation alive, literally, and we must consider the life of the nation before we touch on its economics. The medical industry must not be considered a monopolized market, as human lives are more valuable than the money earned at their expense.

Currently there are economic niches that drug companies are swarming to. According to The Business Insider they look for places in the market where fewer prescriptions are filled due to the rarity of a condition. It is here that other companies have little interest in investing. A life-saving drug can become a company’s jackpot. Being in a non-competitive market, the company that fills this niche first is left with all of the power. This can become a disaster for many reasons, the main being complete control of sales. They have taken advantage of their position as the sole supplier and can set the selling price at whatever they believe they can make the most money with. The people these companies serve must be considered patients, not consumers. We do not buy medicine for the same reasons that we would buy a car or a laptop. Many of these patients are faced with economic hardship due to their illnesses but are unable to find alternatives because of these niche companies.

We must also consider the potential for CEO power abuse. Look at the case of Martin Shkreli. As the CEO of Turing Pharmaceuticals and KaloBios Pharmaceuticals, he raised the price of a life saving pill from $13.50 to $750, a 5000% increase according to CBS. He claimed that his primary duty was to make profit and increase the value of his stock. A single pill that was already considered costly for most patients shot out of reach entirely. This pill, known as Daraprim, is the only treatment available to treat toxoplasmosis, an infection that can cause birth defects. It seems as though we would rather have happy stockholders than healthy babies.

In addition, the epi pen has made headlines not too long ago about the price hike to a jaw-dropping $608 (Fortune). This life-saving medication, necessary for any sufferer of allergies, has been turned into a money making machine. In a scheme to increase their stock years ago, the company Mylan manipulated their prices in in a battle with competitor Sanofi to be seen as the superior drug (The New York Times). Not once did they consider how this would affect their patients. Many are now left unable to afford this medication. As someone who allergies myself, I need an epipen. With the new price hike my family has considered not getting the medication due to the unforeseen expense. This amount of money places a barrier between a patient and their treatment. It is simply unattainable.

Human lives are being expended for the benefit of medical companies. We have claimed responsibility for much of the innovation in medication, but will not take responsibility when we fail our patients because they cannot afford this very medication. They are forced to choose between a meal on the table or their treatment. The medical industry and the economy should never have intertwined. They are intended to have different goals: saving lives and making money. We are not consumers; we are patients. We must not allow medicine to be bought out by profit-seeking companies or we’ll be buying coffins next.

medicine medical issues monopolies monopolies medical expenses economy
Published on Nov 8, 2016
Report a problem... When should you flag content? If the user is making personal attacks, using profanity or harassing someone, please flag this content as inappropriate. We encourage different opinions, respectfully presented, as an exercise in free speech.
Foster High School

What should we do with our taxes?

Syrian Refugees have had enough hardships. Its time we lend a helping hand.

Standardized testing might not be as helpful as we'd hoped it'd be, and this is why.

Domestic Violence (The affects on Woman, Men and children)

This article is about Woman who have been victims of Domestic Violence, and them feeling like they